I met her my first day in Kyoto. Reiko and her daughter Naoko were in Kyoto for only a couple of days and I had literally just arrived from the airport in Osaka. We were staying at the same guesthouse. I was in that strange state that usually accompanies jet-lag and exhaustion from more than a day and half of non-stop travel. But I readily fell in with their plan to have dinner at a nearby restaurant. Over delicious sashimi, obanzai and sake, we chatted. Reiko is an English teacher at a local school in Hamamatsu and Naoko too spoke very good English. Our conversation flowed easily.

Dinner over, we decided to wander down what Reiko called the “lantern street”. It is not just one street but a trail of alleys and narrow lanes in the Gion district of Kyoto that are lit by lanterns this time of the year. Starting near the Yasaka shrine, it winds its way down one lane and up the next.

Each lane is lit by lanterns lining both sides of the lane – some are made of paper, some made of carved bamboo ones. Some have designs made of metal and some of stone. Despite the spattering rain, we trooped down the streets along with hordes of other tourists. By the time we eventually made our way back to the guesthouse, Reiko extended an invitation. She asked if I would like to come and visit her in Hamamatsu. She as well as Naoko were on their spring vacation for a couple of weeks and would have time to spend with me. An invitation offered out of the blue, it felt just right. And so I did. Despite planning to see only Kyoto on this trip, I found myself on the bullet train to Hamamatsu. 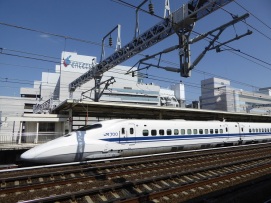 Reiko and Naoko were there to meet me as well as Nicole, a friend of Naoko’s. I was whisked off to their home and soon came to meet Reiko’s husband, Toru as well as some of her friends and neighbors. Reiko had apparently been planning and plotting and had arranged an entire schedule. Among the highlights was a tea ceremony at a neighbor’s and a dinner party. Make-it-yourseIf sushi was on the menu for the dinner party and a tempting array of squares of seaweed, sashimi, mushrooms, cucumbers, kimchi rice and greens lay on the table. A Japanese hotpot sat bubbling next to the table on a portable stove. We sat around the table on tatami mats and tucked in. 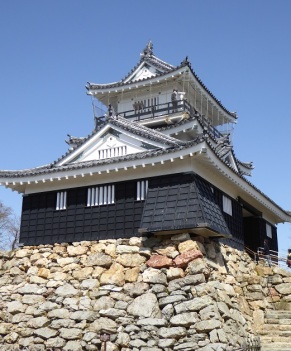 I was roped in to help introduce an Easter event for some of the children she teaches. Despite my telling her that this was a case of the blind leading the blind, we survived. The initial shyness disappeared in the excitement of a frenzied egg hunt and carefully camouflaged lessons were willingly received. A sight-seeing trip in Hamamatsu was in order and we went to see the small castle with its lifelike mannequins in armor wielding swords in menacing poses. From the viewing gallery on the roof, one is supposed to be able to see Mt. Fuji but the weather gods had planned otherwise that day. The cherry tree gods apparently are in cahoots with the weather gods. I took photographs of cherry trees in parks, earnestly focusing on the buds just in case a rebellious bud or two bloomed. Despite my protests I was given a crash course on Japanese cookery and we traded tales over sake and laughter at the kitchen table. The couple of days vanished in the blink of an eye.

We had met entirely by chance but there was that elusive sense of connection that happens sometimes. Little did I know that I had a friend in Hamamatsu – we simply hadn’t met until now.