Tamar is a name shared by many women and girls in Georgia, all of them named after Queen Tamar of Georgia’s golden age. The unification of rival tribes and expansion of territories that began with David the Builder, culminated into Georgia’s greatest years during the reign of his great-granddaughter. Although inhabited from far earlier times, it was during this period in the twelfth century, that the cave city of Vardzia had its heyday. 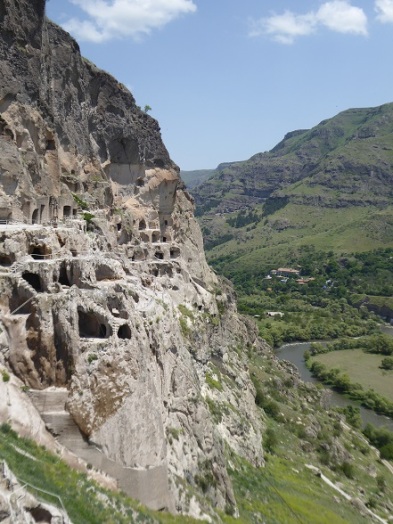 The long ridge on the bank of the Kura river is riddled with caves, hollowed out of the mountain is a spectacular sight from a distance. Staggered in uneven rows along the cliff face, stairs carved out of rock connect the layers. At one time it supposedly boasted meeting rooms and audience halls, wine cellars and pharmacies, lavish villas and humble homes.

But the caves themselves are mostly small empty chambers with uneven walls, devoid of grandeur. Some have a raised platform in the center, some have cavities. Some have arched entrances and probably had grander functions. Some are connected to others via long tunnels hewn through rock. Not all the caves are empty though. A section closed to tourists, is home to a handful of monks who live here today. 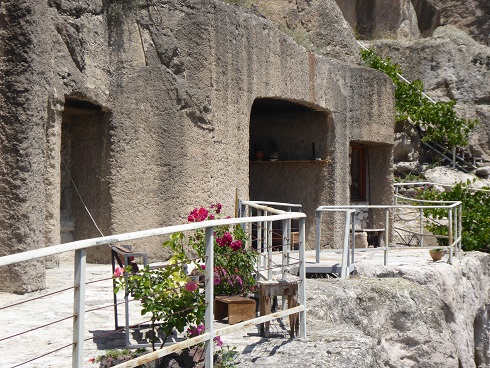 The spiritual and central focus of the city was Church of Dormition and it is here that the walls, ceilings and window casings are lavishly decorated with frescoes. Among all the usual religious scenes, are large portraits of Giorgi III and Queen Tamar, apparently one of the few portraits one of Georgia’s greatest monarchs. 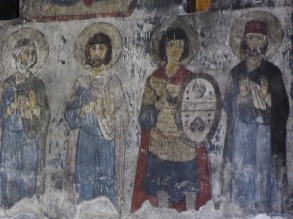 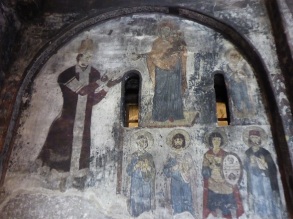 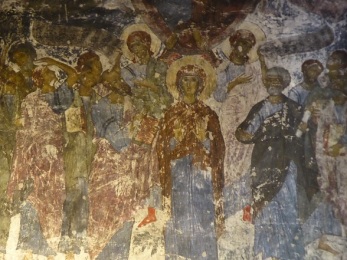