Five years ago, when I was traveling through south-eastern Anatolia, I had stopped in Dogubayazit, the last town in eastern Turkey. In the few days spent there, I had stayed in a hostel called Otel Tahran. It was owned by Bilal and it was his friend Mustafa, who had shown me the sights around Dogubayazit. Hospitable and kind to a fault, I remember them well and remember too, that they had insisted on driving me to the border when I left for Iran. Over fond farewells, I had promised to visit again but had not. Now, being in Kars, it seemed the perfect time to do so, even though it made for a grueling few days of hard travel, not at all my usual mode.

But search as I might online, I could not find Otel Tahran. All searches led to a posh hotel called Tehran Boutique Hotel, most definitely not my usual haunt. Figuring it wouldn’t hurt to ask, I sent an email with a link to the blog which had a photo of us at the Turkish border.

Imagine my surprise when I received a reply the next day.
“Yes, this is me” said Bilal, but the old hostel has morphed into this hotel over the years. Tourism has dried up and the hotel caters to mostly business men now.
“I remember you. Please come!” he said “We are waiting”.
How nice it would be to see them again I thought and set off. The pace may have been grueling, the journey itself was anything but.

As before, I asked if I could switch seats to be able to take photographs. No problem, said the broad grins as I was waved to a seat up front. Open and welcoming are the peoples of these parts; I remember it well from before and this time is no exception. 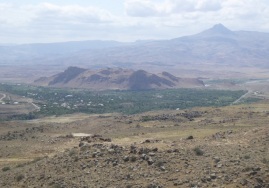 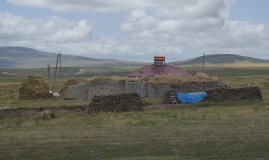 Seated next to me is a young medical student from Azerbaijan. The terrible job prospects in their own country drive many Azeris to find work in Turkey he said as we chatted with occasional help from Google translate. With the traditional hospitability of his peoples, Huseyn loses no time in inviting me to Naxcivan, to stay with his family. I cannot now at the tail-end of my trip I say. In the future, we agree as we exchange contact information. Nor is he the only one. Seated behind me are three women. Friends from university days, they are on their way to visit another friend. Exuberant and vivacious, they too jabber away. I have yet another invitation to visit, this time to their hometown of Mardin. The rambling conversation has now extended to the other passengers and even the bus driver chimes in. It is this, this feeling of openness and curiosity that has been missing so far this summer. It is this contact that I treasure the most in my travels. Now as we chat, share food and laughter, I have that warm fuzzy feeling that had peppered my travels here before. 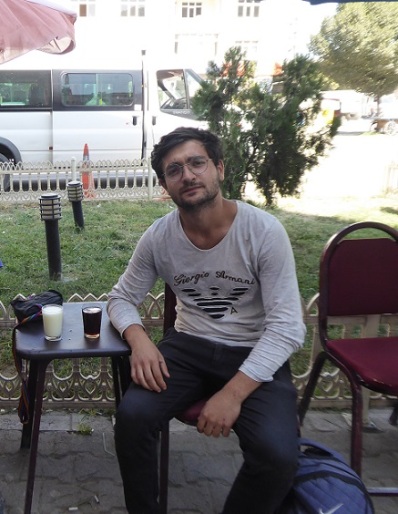 The change of buses from Igdir to Dogubayazit follows the same train and I have willing guides who walk me to the Tehran Boutique Hotel when we arrive. Dogubayazit seems to have exploded into a town several times the size of the old one and I barely recognize it. And there is Bilal, “just a little older” he says with a grin, as he welcomes me in. Over the next couple of days I see Mustafa as well and we all spend a couple of evenings chatting. Politics is the inevitable topic as I listen dismayed to all that has happened in these parts recently. 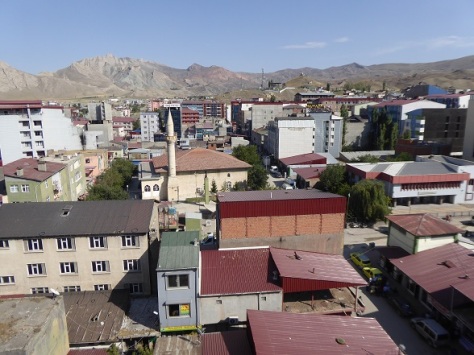 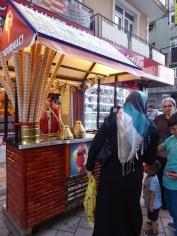 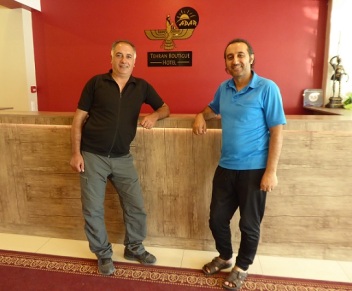 A photo of Mt. Ararat from the same spot was on the cards.

As was re-acquainting myself with the town and chatting with some of the locals. The town may be spruced-up and unrecognizable but the flurry of “hosgeldeniz” and grinning welcome have not changed. “Come again” they tell me as I leave. I just might, and sooner than I did this time around. 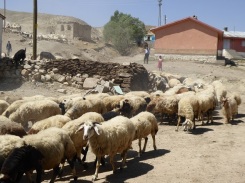 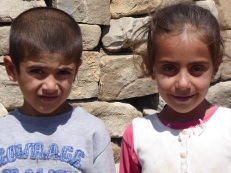 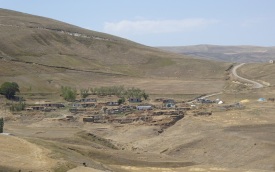