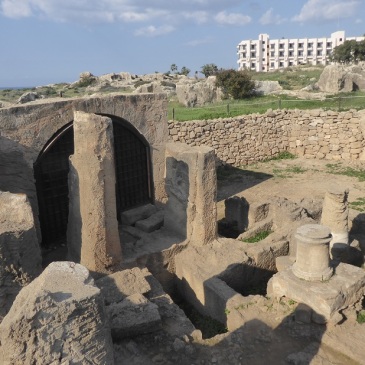 Imagine a vast rocky field on the shores of the Mediterranean sea, the sound of surf pounding the shores ceaselessly. Blue skies with scurrying clouds above and the screech and squawk of seabirds drifting in the breeze. A place fit for kings one might say. And so it is. This is a vast place riddled with underground tombs. Not of royalty but called so, because of the scale and grandeur of the tombs. 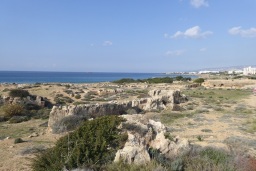 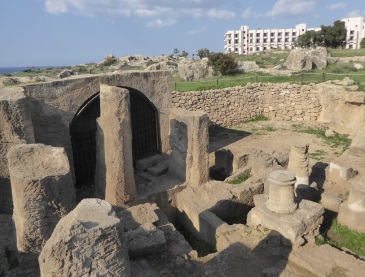 There I trooped wandering in and out of the many tombs littering the ground. Thought to date from the 4th century BCE to the 3rd century AD, they likely housed the remains of the aristocracy of Paphos. Some are little more than a single chamber, while others are elaborate with multiple niches and carved decorations. The grandest is built around a central patio supported by doric columns. Some are one storey high while others have multiple levels. Some even have noches carved into the wall, which probably held beams supporting floors. 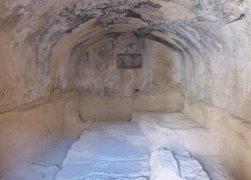 In expert opinion, the tombs were made to replicate the houses of the dead, an idea probably borrowed from contact and connections to Egyptian customs. Still under excavation in parts, crucial information in the form of tomb goods are missing – the loot of grave looters in eons past. 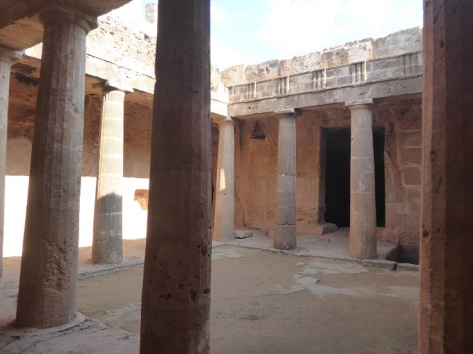 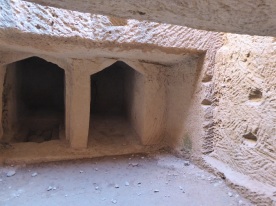