A long, long time ago, there lived in the island of Gozo, a giantess named Sansuna. For reasons known only to her, she decided to build a temple. She carted massive stone blocks several kilometers to the chosen site – a feat easily accomplished with strength derived from an unvarying diet of broad beans and honey. Not only did she build the temple Lego-fashion, she did so while carrying her child on her back. Childcare must have been as elusive then as it is now.

The temple is aptly named Ggantija, meaning giant’s tower. But it is not the only one. Scattered among the islands of Malta are several megalithic temples. Like other Neolithic sites they keep their secrets; no records exist of the peoples who built them or why. Nor do we know the reason they were abandoned.

Built between 3600 -3200 BC, Hagar Qim and Mnajdra are among the oldest and one of the best preserved. On a wind-swept corner of the south-eastern coast of Malta they stand, looking out over the sea toward the little island of Filfla.

Upright stone slabs set in a roughly circular shape form the façade of Hagar Qim with aisles that run the from one end to the other. One end of the aisle faces the interior of the island while the sea peeks through the other. The interior is separated into chambers, with rectangular doorways connecting them. 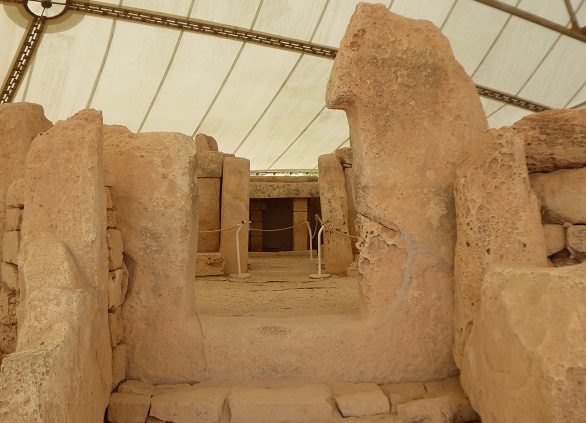 The four-sided pedestals found here are thought to be altars, some with tree motifs carved into each face. Another slab has carved spirals. Most of the stones have small pitted depressions, giving them a spotted look. It was in this temple that a large cache of anthropomorphic figures was found. All seem seated with disproportionately large bottoms and thighs and most are female figures. These are the famous Maltese “fat ladies”, thought to be statuettes of mother-goddesses, common to many pre-historic cultures. 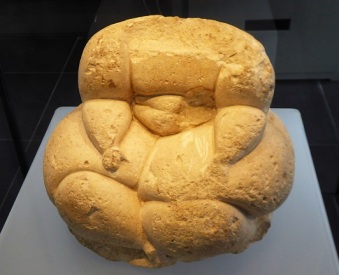 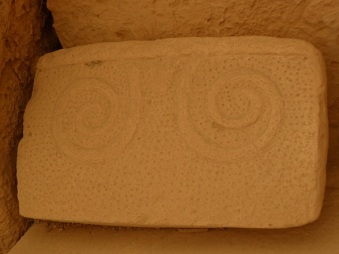 The Mnajdra temple five hundred meters down the slope, is made of three separate structures. They are conjoined like petals of a flower, such that their axes intersect at one point. 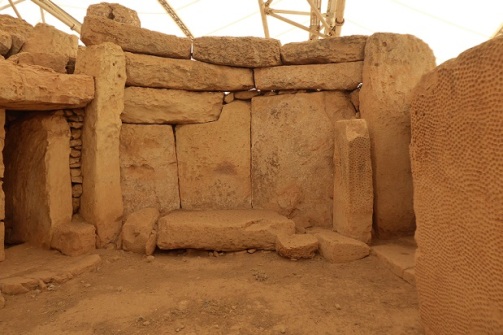 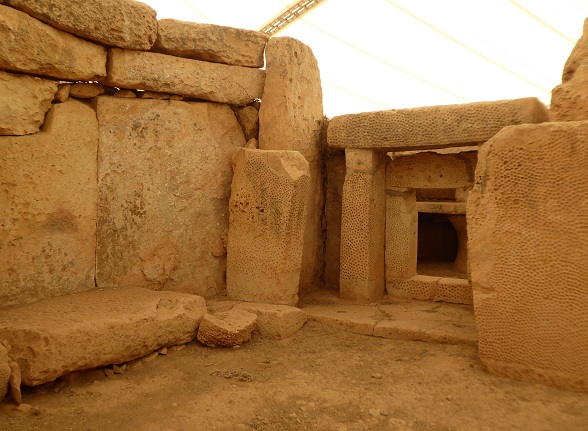 Some of the façade walls have holes cut into them such that on vernal and autumnal equinox, sunlight passes through the holes and lights on the main axis. And on the solstices, sunlight shines past the left and right edges of this doorway. Imagine that – astronomers from five thousand years ago! 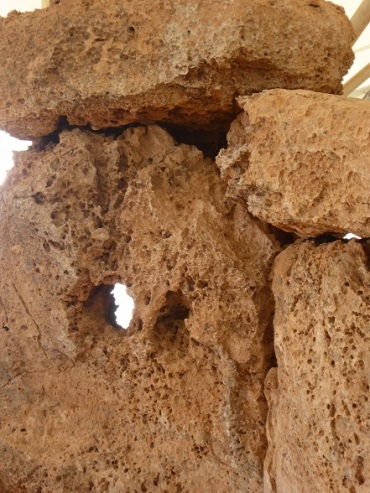 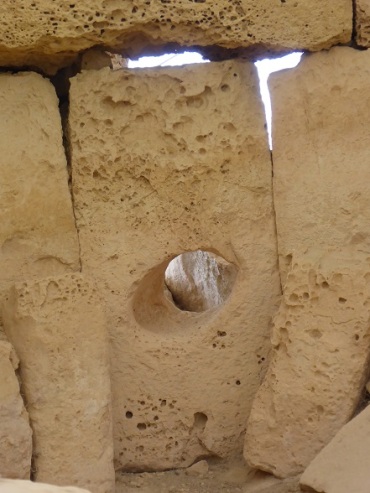 For the last couple of days, the high winds and choppy seas  played havoc with the ferries to Gozo and I haven’t yet made it there. I may have to come back to Malta earlier than planned, so I can go visit some of the other sites.