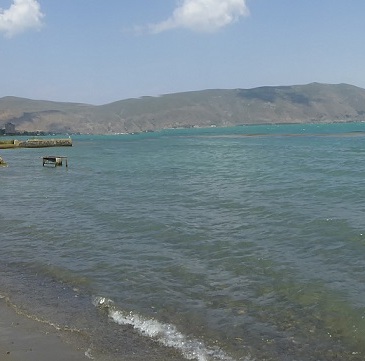 “What are you writing?” he asked, not that I understood the words, but miming leaves little room for misunderstanding.
“About Armenia” I answered, “and where to go next” I mimed in reply.
“What about Sevan?” he asked.

So started our stuttering conversation at the little café where I sat scribbling in my journal. My Armenian was barely fifteen words and his English consisted of “yes” and “no”. But we battled on gamely. Artush was spending the weekend in Dilijan, as he often does, and was going to Sevan for the afternoon. I was invited to tag along.

The sights of sleepy, mostly decrepit Dilijan require at most an hour or two. Another day spent hiking some of the uninspiring trails and I was ready to move on. Maybe a peek at Sevan wouldn’t hurt, I thought. 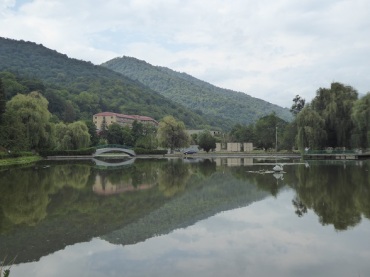 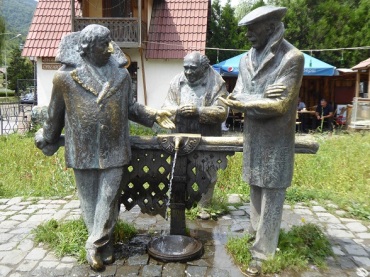 Coming in on a marshrutka, I’d seen rows of inflated plastic tubes adorning stalls along the highway. I had a fair suspicion of what Sevan entailed, especially on a weekend. It did not disappoint. 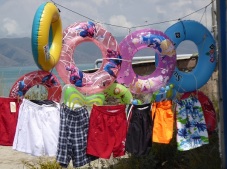 Parking lots crammed with cars, the stairs up to the church teeming with people and deafening techno blasting from speakers at the cafes lining the water. Almost all the visitors are from Yerevan or other nearby towns to this popular weekend venue. They swam, floated, roared on water skis. Drinks flowed amid the party atmosphere Skippable Sevan I mentally dubbed it but my companion for the day clearly thought otherwise. 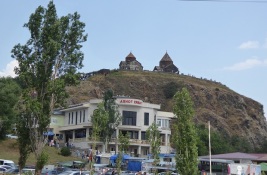 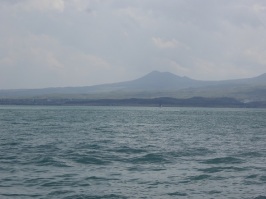 Beaming with delight, Artush pointed to one of the cafes. He wanted to hang out here for the afternoon. Yikes. I wanted to see if I could find a taxi and go hunting for Lchashen, one of the oldest sites in Armenia but decency dictated that I offer Artush lunch at the very least. And that meant staying put. I doubt I would have lasted long at the cafe but luckily didn’t have to put it to the test. A cold drink at a café and some photo ops later we left, stopping enroute at a picnic spot with a lovely view of the lake. 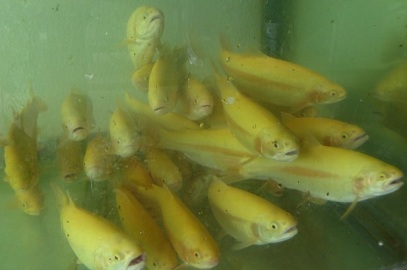 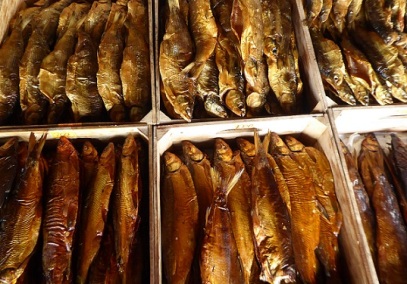 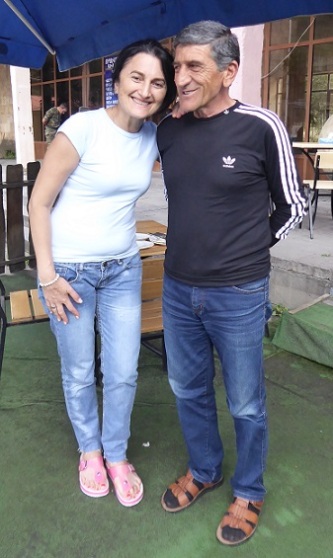 My lessons on Sevan were not yet over though. A stop at a sprawling supermarket along the road was considered mandatory. In murky tanks swam a few fish while many others were stacked in bins – smoked, dried and ready to eat. At Dilijan we had lunch and I had to override his objections when paying. Apparently, women are not expected to pay for a shared meal or so he said, roping in a woman at the next table to translate. She did not speak English either but managed via a phone call to her daughter.