Alexander the Great passed through this part of the world in 331 BC on his famous march east conquering kingdoms and countries as he went. But the story goes that not all in his company shared the same burning desire of fresh conquest. Some of his aged soldiers weary of war, preferred to not follow their leader and settled instead in this particular spot. The word “geras” means old age in Greek and rumour has it that this place thus came to be called Gerasa. 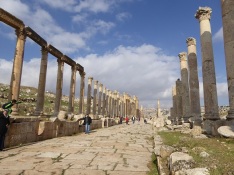 Although originally settled then, Gerasa came into its heyday only with the arrival of the Romans in 63 BC. It became remodeled into a classical Roman city and one of the Decapolis. The next three hundred or four hundred years saw this city grow wealthy through trade. At the peak of its glory at the beginning of the third century AD, it is said to have boasted more than fifteen thousand inhabitants. 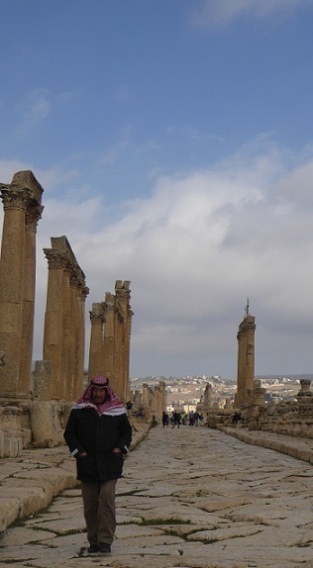 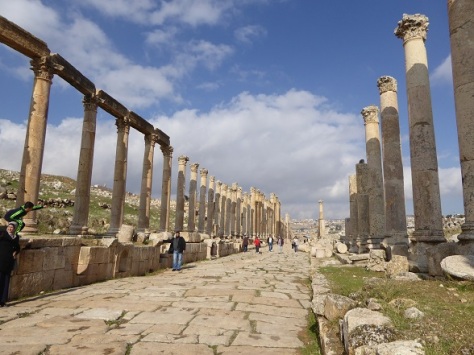 But the glory days waned with a devastating earthquake in 747 AD and Gerasa slowly dwindled into decay. The magnificence of its architecture remains to an astonishing degree to this day and tourists come in hordes to gawk. I do my fair share of gawking as I gaze in awe at the temples of Zeus and Artemis, the enormous theaters, the magnificent forum with its soaring columns, the extensive public baths, the awe-inspiring cardo maximus. Although not quite as fine in details as Ephesus, in Turkey, the sheer scale of these ruins is staggering and I mentally dub it Jawdropping Jerash. 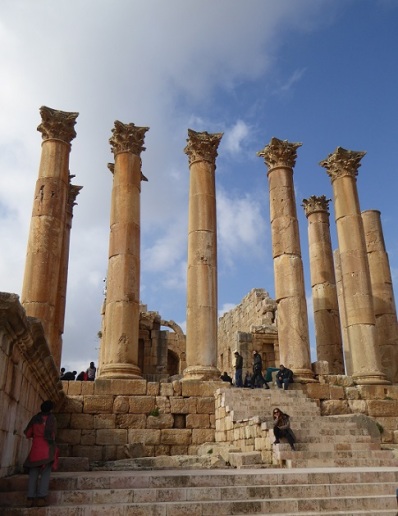 6 thoughts on “Gerasa of the Ancients”