As a schoolgirl, I remember studying about the Indus Valley Civilization and of Mohenjo Daro in particular, which is Sindhi for Mound of the Dead. I remember seeing photographs of the bearded priest-king, of the many seals that were found at the site, the terracotta toys of bullock carts. Utterly fascinated I was with the details of this 5500-year-old civilization that could teach a thing or two to us in our current day world. For me, it was the beginning of a life-long interest in ancient history and I promised myself that someday I would see them for real. 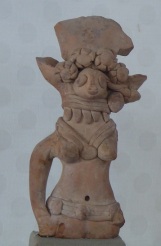 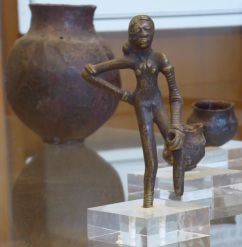 And there they were! In the gallery at the National museum of Pakistan in Karachi. The bust of the priest-king, the goddess figurines, the seals with hieroglyphs that remain unsolved, the dancing girl, the toys of those children from long ago. Animal figures make up most of the children’s toys, all of them realistically crafted. Some even have movable parts, orchestrated by strings. And then there are games that we see even today. Dice, a chess-like game and puzzles. This was no mere farming community, but one that valued intellectual pursuits. Imagine that – from 5500 years ago! 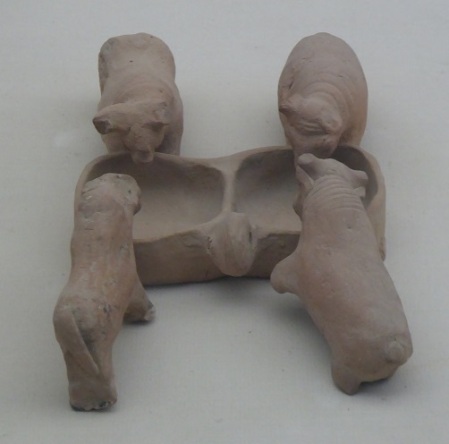 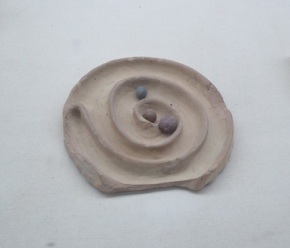 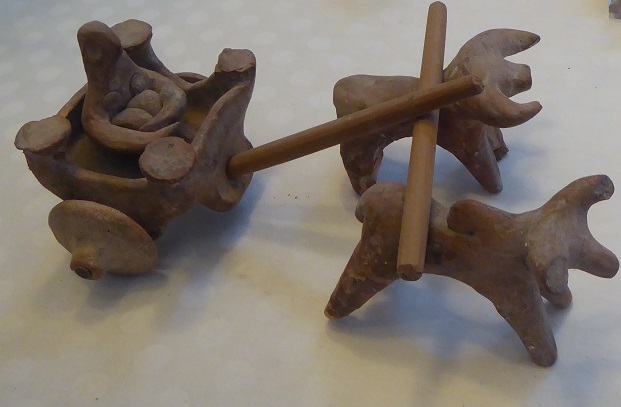 I could hardly believe I was seeing them for real, a few decades after seeing those photographs. I pinched myself but yes, this is real; I am really here! Fascinated and more than a little overwhelmed, I wandered in the galleries for most of the day. The staff treated my absorption with an amused tolerance and let me potter around clicking away to my heart’s content. I couldn’t wait to get to Larkana to see the ruins. 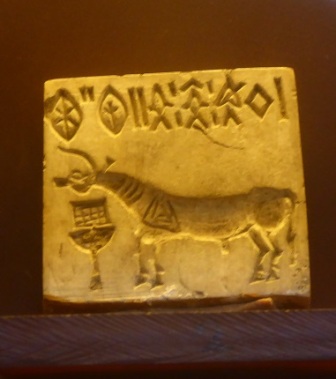 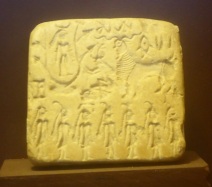 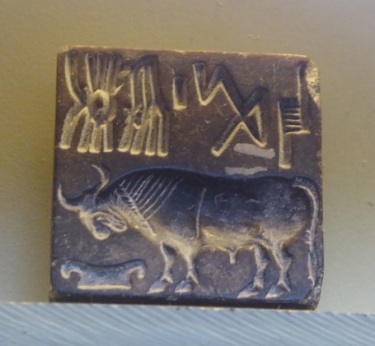 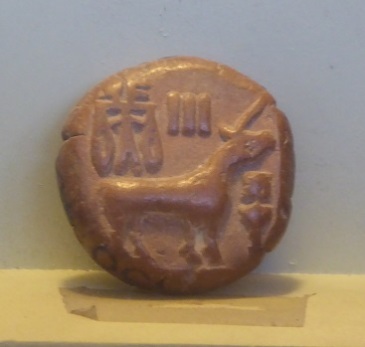 Waiting at Doha airport for a connecting flight, I had fallen into conversation with some of my fellow passengers also bound for Karachi. One woman saw my interest in visiting the ruins and offered me her father’s contact. He was one of the leading archeologists of Mohenjo Daro and Harappa. How lucky can I get? I called Dr. Allana and was given not only details of the areas of the ruins but name of someone at the site who could explain at length. And so it was, that I arrived at the site with the requisite police escort in tow to meet the gentleman. And spent hours exploring the ruins. Brief breaks were mandatory in the 50 C heat and we were treated to cold drinks in a shaded cabin before venturing outside again. 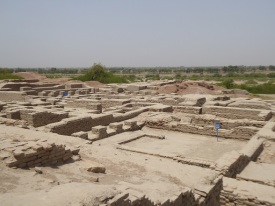 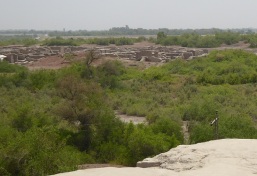 A vast area, more than three square kilometers, it runs all the way down to the Indus and astonishingly, only about ten percent has been excavated! And what has been unearthed blew my mind. A part of the Indus Valley Civilization, farming settlements began here around 4000 BC and showed distinct urbanization by 2000 BC. By 2000 BC, this was a civilization at its peak, far surpassing those of contemporary Babylon or Egypt. Incredible to imagine and mid-blowing to see. I gazed in slack-jawed wonder. 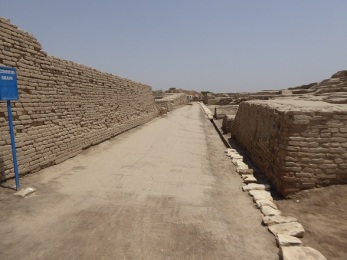 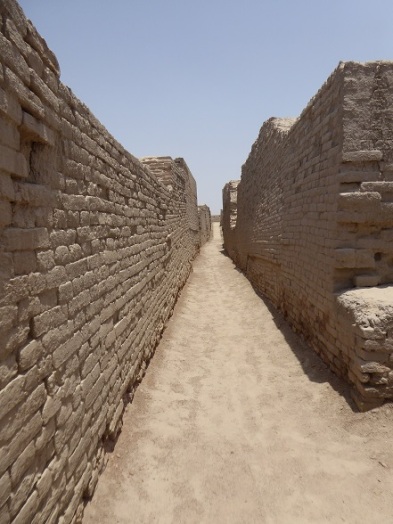 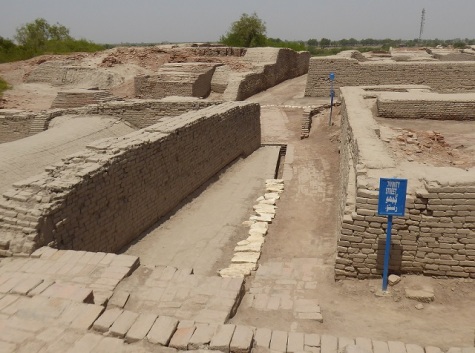 The ruler-straight planned streets, the elaborate underground drainage system for both clean water as well as sewage, the four hundred wells that served not only the ground level but were meant to serve upper floors of three storeyed buildings. 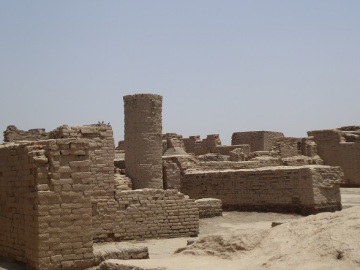 The great bath with steps leading down to it. The channels for water carefully crafted to run from room to another and even one building to another. The meticulous attention to detail in the planning and the engineering. 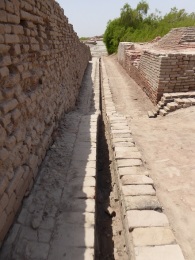 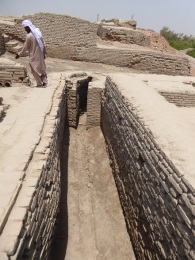 I walked around with circuits on serious overload. Is it any wonder that this has remained a fascination for so long? And then at the adjacent museum in Mohenjo Daro, I learned that there are other sites near here, even more ancient than Mohenjo Daro. Kot Diji and Amri that predate this site are but two of them.

The entire Indus valley is simply riddled with sites. Oh that I had the time to visit them all! Someday hopefully soon, I’ll be back to explore at leisure. But note to self: I should visit in the cooler months where I don’t dissolve in a puddle of sweat in microseconds.