As the morning fog drifts through parts of the city at the bottom of the hill, the buildings at the top of the hill are bathed in sunshine. The Alcacova palace, converted to the University of Coimbra is bathed in fitful sunshine. The ornate entrance, doorways to separate buildings may have a museum-like quality but this is no museum. The hallways inside are thronged by students, intent on last-minute cramming for an upcoming exam while in another wing, a professor takes rollcall. 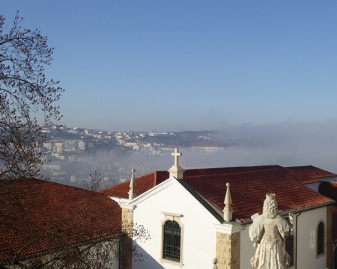 It says much for a city, indeed a country, when ornate and beautiful buildings that had once been palaces, are ear-marked for use as universities. And the one in Coimbra is one such. Begun in 1290 AD, this is the oldest University in Portugal and ranks as one of the oldest in the world that has been in continuous operation. Originally started in Lisbon, its permanent move to Coimbra was made in 1537 AD. 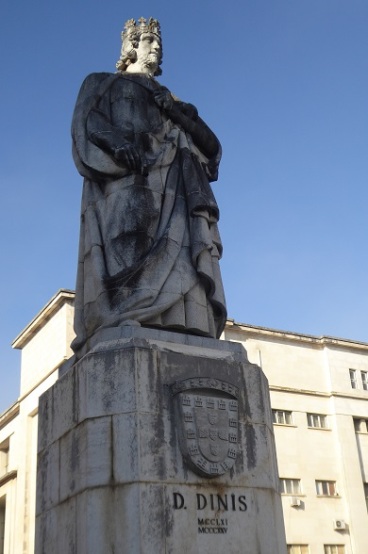 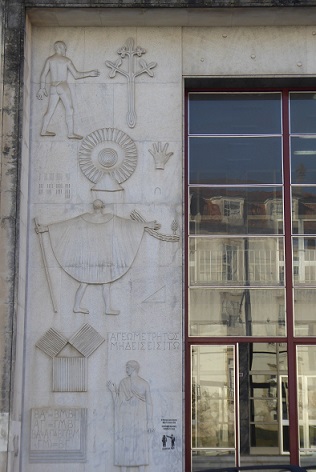 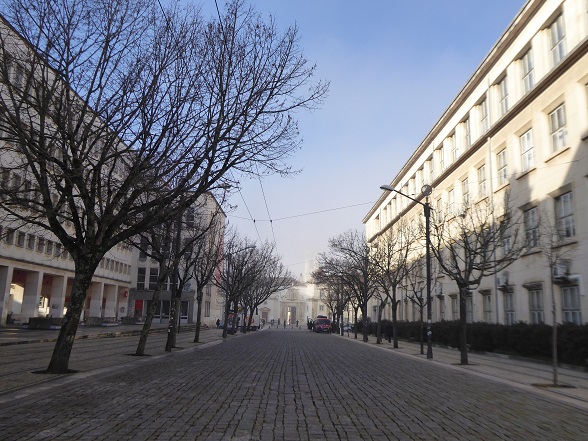 Since the days when it taught only Law and Theology, The university has expanded into the usual disciplines, housed in separate buildings. A long avenue leads out of the ornate gate, lined by modern buildings housing departments of Medicine, Physics, Chemistry and Mathematics. I spent a happy morning wandering in and out of buildings and paid homage to King Dinis for his enlightened views. 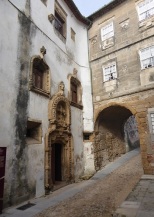 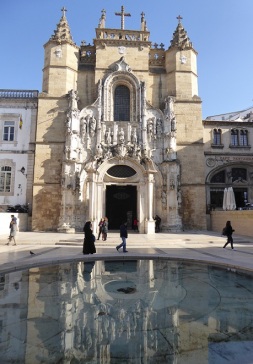 Steep steps stagger down the hill past notable landmarks like the Almedina arch and tower and there is the usual scattering of churches. The main avenue is a disappointing stretch of usual tourist kitsch slowly encroaching into neighboring areas. The narrow winding lanes behind Praca Comercial are slightly better. Not for long though, if the number of buildings draped in scaffolding and frenzy of jackhammers are anything to go by. Having expected a lot from Coimbra, I felt strangely let down.