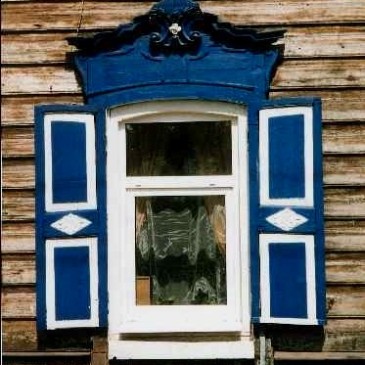 The Trans-Siberian Baikal pulled up into Irkutsk around nine thirty this morning and I bid my cabin-mates goodbye. They were continuing to Ulaan Bator. After being cooped up in the cabin for four days, I have just a tad of cabin fever and couldn’t wait to explore Irkutsk.

But the weather gods apparently have other ideas about my introduction to Siberia. Gray skies, drizzling rain and a gray gloom is the order of the day. Loic, in Moscow had given me the address of Jack Sheremetoff and I found the tram headed that way. But barely had it started when it stopped again. A bus up ahead had broken down as had all traffic behind it. My queries on when we would move, elicited unconcerned shrugs from my co-passengers, so I started walking. All I had to do was follow the tram tracks and they should lead me to the building, I thought. Simple enough in principle but a kilometer and a half in steadily increasing rain does not exactly top my list of favorite activities. The pack got wetter and heavier and I, wetter and colder. I had begun to appreciate the fact that in Russia, finding the building is easy enough but finding the right door is an exercise in patience. Up and down a couple of wrong flights and I finally found the right door. But there was no response. Waiting a while, slowly enlarging the puddle I stood in, did not help. Neither did the disapproving looks I got from the occupants of other flats as they went up and down the stairs. My slightly annoyed mood was rapidly morphing to seriously disgruntled when I left. 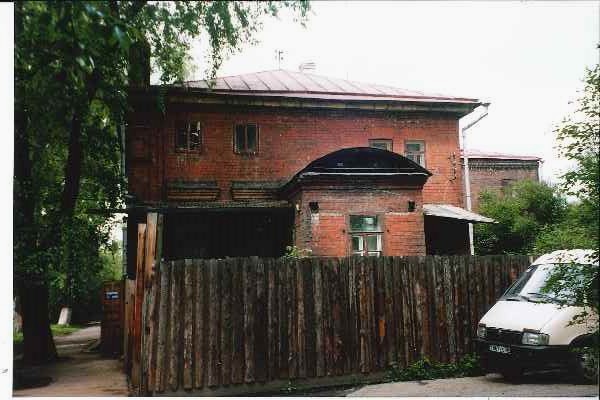 Out at the corner of the block, looking in vain for a café to wait out the rain proved fruitless as well. I was debating what to do when a young man stopped and speaking English, asked if he could help me. He had time just then and we walked to a small café he knew. Finding a place to stay in Irkutsk is not easy he said – something that I was rapidly beginning to understand. I was profoundly grateful when he offered to help. Brendan is married to a Russian woman and has been living in Irkutsk. Over welcome cups of hot coffee, he called several of his friends and eventually after an hour and a half found me a place. Cyril, who had been Brendan’s classmate at the language school, had a bed in his cousin’s house. Housed in a dilapidated building, it was a place to stay and I conveyed my hearty appreciation volubly. A hot shower and change of clothes, and I could begin to feel my toes again. Regaining feeling in one’s extremities can make for a dramatic change in one’s mood! The rain had also tapered off and I was ready to explore Irkutsk. 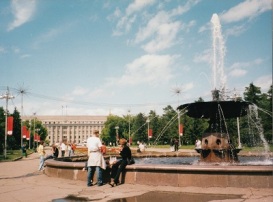 Irkutsk is apparently one of those towns that requires exploration without maps. Maps of this town  are rarer than gold I was told, and I was armed with a guidebook that excelled in maps minus street names. Some maps have the added bonus of landmarks placed in wrong places. A rare, talent I gather, of the map-making geniuses at Lonely Planet.

I wandered aimlessly, getting a feel of the town. The town with its small narrow streets lined with wooden houses, had a whiff of the fairytale feel of those villages I’d seen from the train. The houses are old, made almost entirely of wood and most are rudimentary. But all have gingerbread trims around the windows and eaves. Some are grander with more elaborate painted trims. They look delightful! Like little gingerbread houses and I almost expect Hans and Gretel to come popping out the door. The nearby park seems to come alive after sundown. Beer tents pop up, grills set up and the smell of shashlik perfumes the air. Kerchiefed babushkas sell beer nuts and snacks in between gossiping and poke at pigeons with long sticks, should they come pecking. People stroll in, sit at the tables and begin the serious business of drinking.

I wandered around taking some photographs but hadn’t the zip to stay out too long. Getting back to the house, I met Cyril and he proved to be a fount of information on Baikal. A couple of days in Irkutsk would suffice I thought, before I headed for the Baikal lake.