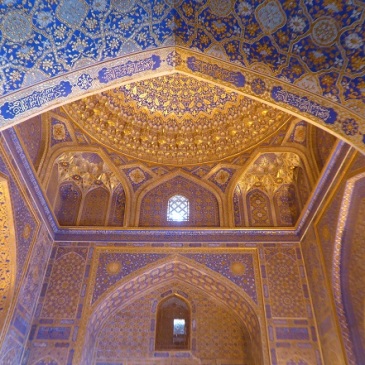 Imagine a long train of Bactrian camels laden with spices and silk, gold and jewels, letters and documents making their slow way from distant Xi’an in China, on its way to Constantinople. Rarely did any one merchant travel the entire distance; instead, the goods were passed on in a series of convoys in a surprisingly well-ordered manner. Such was the super highway of the Silk Road and Samarkhand was its undisputed capital for many a century. The very name is rife with tales from long ago; being in Samarkhand a second time around is no less exciting than it was before.

Even before the conquest by Cyrus of the Achaemenid Empire in 6th century BC, Samarkhand was squarely on the map of the then known world. As the capital of Sogdiana, it a well-known city prospering from its location on the Silk Road. So powerful was this kingdom, that Sogdian was the lingua Franca of the Silk Road. 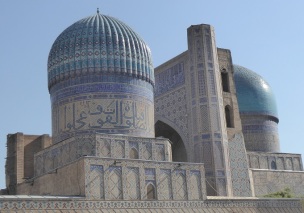 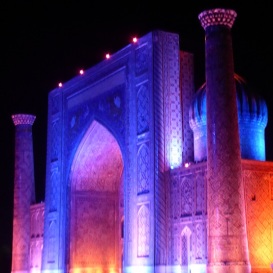 Samarkhand’s importance continued as a satrapy of the Persian empire. I remember the stylized figures in the Apadana Palace of Persepolis showing Sogdians bringing tribute to the Achaemenid emperor. No less was its importance after the conquest by Alexander the Great in 329 BC. Called Marakanda by the Greeks, the name morphed into Samarkhand and so it has remained.

The city continued to prosper as an essential hub on the Silk Road through all the empires and dynasties that ebbed and flowed in this restive part of the world. Sacked by Chengis Khan in 1220 AD, it was wrested into a kingdom by Timur, a leader of the local Turkic tribes. It is this Timurid dynasty that is responsible for the distinctive architecture that are scattered around Uzbekistan, in neighboring Afghanistan and in Iran, most of it built in the 14th to 16th centuries. And it is the Timurid dynasty that built the majestic Registan, the Bibi Khanoum, the Shah-i-Zinda mausoleums and the lavishly painted Gur-e-Amir that tourists come to see. 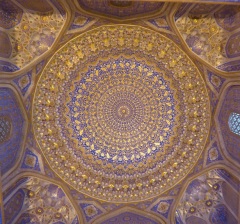 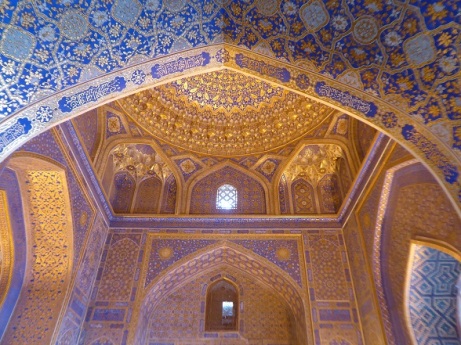 The tradition of trade still continues in the bazars and the shopkeepers have a patter polished through the years into a fine science. Dried fruits and nuts lie in a tempting array as do teas and sweets typical of this region. 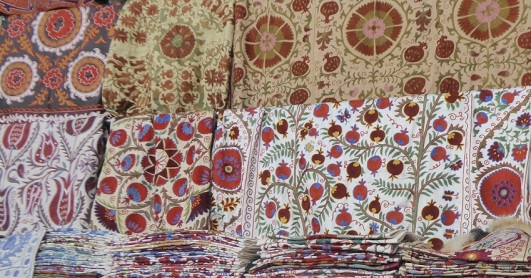 Local handicrafts seem to be making more of a mark than I remember from four years ago, no doubt boosted by Uzbekistan’s newly promoted tourist industry. Perhaps this tourist trail is the new version of the Silk Road in a city that has played host to countless people over a few millennia.