Dongara, a suburb of Kokand

I had taken a shared taxi from Tashkent heding to Kokand. Sharing the taxi with me for the four hour ride was a man and his two children. We chatted as the driver drove in the usual lunatic fashion. By the time we had reached Dongara to drop them off at their home, Shukhrat had made up his mind. He asked me to come in to refreh myself and introduced me to his mother and wife. We sat down to tea, bread, cakes and they overrode all protests. My pack was unloaded from the taxi. I was to stay with them and so I did.

I was given a tour of their neighborhood by the kids – Dadakhan, Sevinch and Akhbar. As we walked down dirt lanes lined with cherry trees and plum trees, the gaggle of children trailing us grew. I was introduced to their friends, shown their school and seeing how much I liked the tart cheries and plums, they took great delight in picking them off the trees.

Once the sun had gone down, the entire family squished into a taxi for the short ride to Kokand and I was given a tour of the park, the Khans Palace, the carnival that is a permanent fixture over the summer months. In my honour we ate out – clearly this was a treat for them. The children decided the venue and we ate burgers at a fast food restaurant, washed down with copious amounts of cocacola. I hadn’t the heart to tell them that fast food wasn’t exactly the top in my gastronomic priorities. 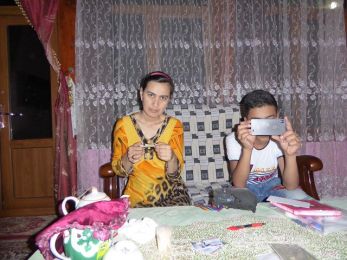 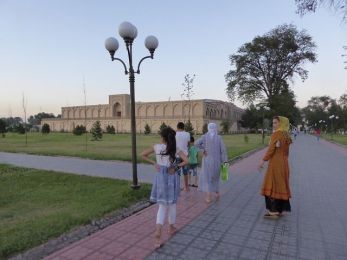 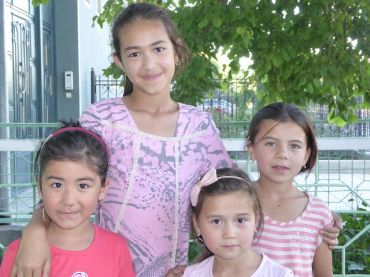 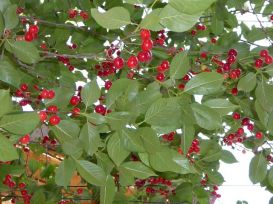