Takht-i-Bahi
June 18, 2019
Insatiably addicted to ancient archeological sites that I am, the ruins of Takht-i-Bahi was on the dream list. In chatting with another traveler at the guesthouse in Islamabad, I found Hannes too was headed there and had been invited by a friend to stay with his family. A couple of quick calls later, I too was included in the invitation. Such is hospitality in these parts.
While Hannes roared off on his motorbike, I headed by bus to Mardan. Arriving in Mardan, I asked a rickshaw driver for transport to the Takht-i-Bahi. A group of men squatting under a shade, got up and with great interest began the process of interrogation. The very first question I heard was
“Where is your man?”
“I don’t have one” I replied.
A few seconds of silence as this was digested and then a volley of questions followed. I was definitely under the microscope.
The conversation followed predictable lines until partially satisfied, they showed me to a rickshaw that would take me to the bus station for Takht-i-Bahi. I may pass for a local in dress and looks, but the backpack is a dead giveaway. I had drawn a sizeable crowd but strangely enough they did not wish to speak to me. Instead, they were content to stare and talk to each other. They were all men; rarely do I see a woman in these parts and when I do, she is invariably accompanied by a man or maybe a couple of youths. A stranger to Pashto, sadly, I followed not a word of the conversation around me. I had a flashback to my first trip to China about a couple of decades ago, where I had had much the same experience. Bemused I watched the interaction, trying my best to follow snippets of the conversation. But failing miserably in the attempt.
Arriving at Takht-i-Bahi I was duly picked up, invited into the house or rather, a series of houses belonging to the extended family. As a foreign woman, I am doubly lucky – I have honorary male status and can sit conversing with the male members of the family, but I can also go into the women’s quarters and meet not only the many female members but the various neighbors who had dropped in along with hordes of children. The room could barely hold the bodies squeezed inside. Little did I know that we were such a newsworthy phenomenon! 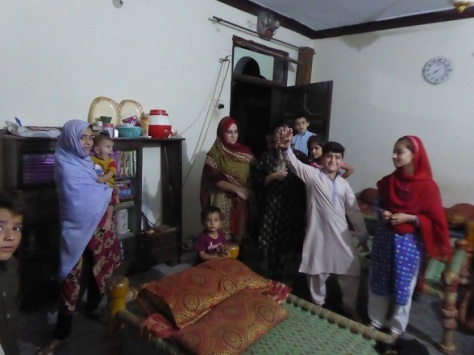 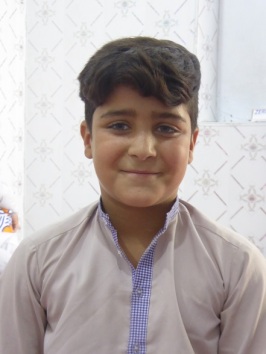 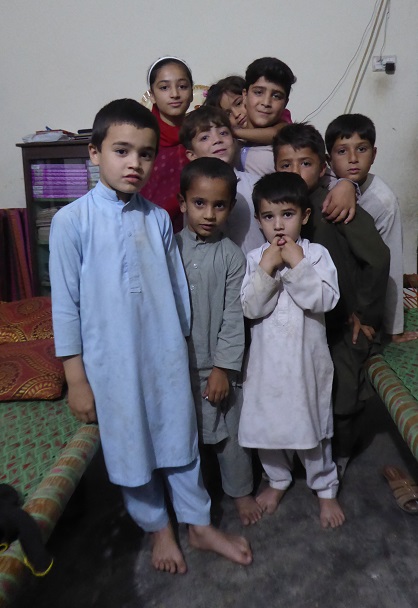 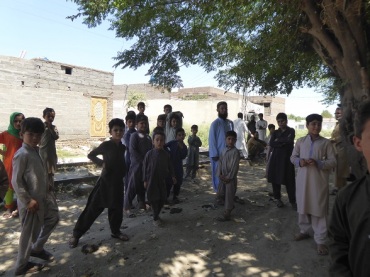 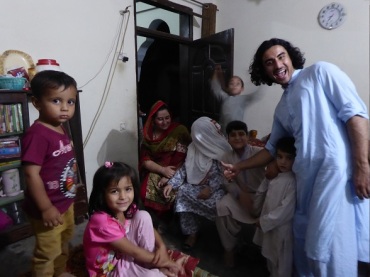 A visit to the ruins of Takht-i-Bahi, a short tour of the town and then a lavish dinner prepared by the women. None of the women joined us though; they ate separately in their rooms. The conversation with the male members of the family extended well into the night when I too retired to the women’s quarters. I slept in a room with the women, given the best bed, in the position closest to the cooler. 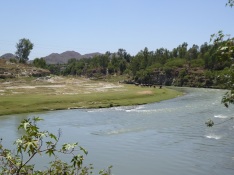 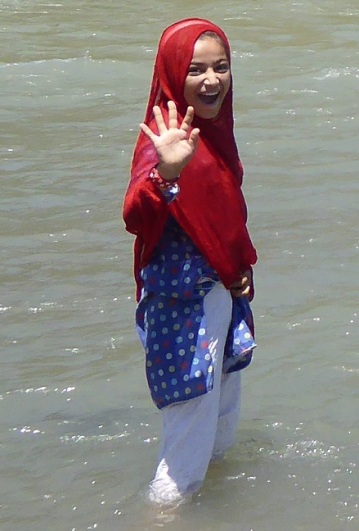 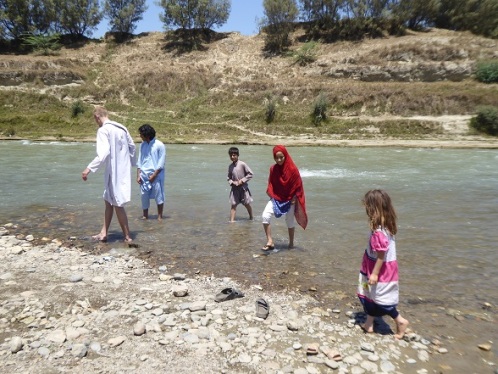 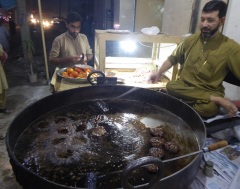 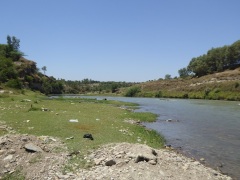 I have had incredible welcome in many parts of the world, but this is over the top! Apparently, as guests, we are not allowed to lift a finger. Being fed to the gills, taken sightseeing is not enough it seems. Our hosts even refused to let us pay for our own tickets to the sights. Every wish was not only anticipated but granted before we could form the words. My slightly dazed air prompted my host to say with a satisfied smile,
“This is our culture” he said, adding “this is Pathan hospitality”.

Peshawar, Pakistan
June 19, 2019
Much as I wanted to stay longer, the visa clock was running out and I headed to Peshawar the next day. Taken to the bus stop, yet again steadfastly refusing to let me pay for my own ticket, I was sent on to Peshawar. Only to be met by friends of the family. To be invited home again, to be fed again and to spend the day wandering around the old city in the company of Sameer, a college student from the family. Our conversation bounced between his aspirations of studying abroad and my questions about the history of all the sights. Sadly, Sameer hadn’t a clue as to Peshawar’s long history, nor was he in the least interested. He did however steer me to the best falooda place in Peshawar and in a rare departure, let me treat him.

Mingora, Pakistan
June 21, Pakistan
Heading up the Swat valley, on my way to Mingora the road varies between smooth stretches of asphalt to construction zones. Work seems to be going on at a frantic pace as tunnels, bridges and flyovers are rapidly changing the landscape. Large stretches of farms give way to scrub-like deserts. At one point I saw a man leading a herd of camels to a copse under the trees. Small and large towns mean congestions. This time in addition to cars, trucks, buses and motorbikes, I see herds of goat and sheep heading to or from pasture. The dry arid hills remind me of Tibet and Ladakh as do the flat-topped houses climbing up the slopes. Hardly surprising since it is the same terrain, the same geography, the border simply an arbitrary line across the map. 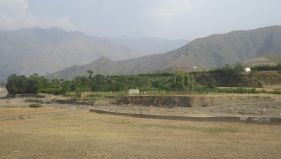 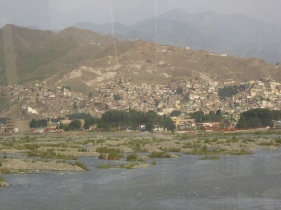 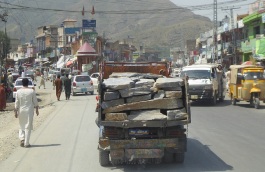 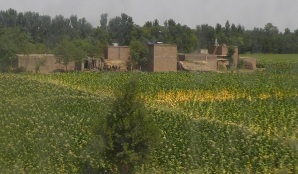 I had contacted someone on recommendation from someone else, only to find that he did not live in Mingora but further up valley. In what is rapidly becoming a pattern, Zia contacted a friend of his in Mingora and it was all arranged. As before, I was picked up from the bus station by Numan and despite the waning sunlight, shown a couple of the nearby old sites – But Kara and Shingerdar.

As before, the entire extended family was waiting for us. The evening passed in a delightful blur, meeting and chatting with all the members. A brief prep for a test that one of the boys had the next day at school, was part and parcel of the evening. The boy himself was not terribly enthused about it! The meal served alfresco in the courtyard was delicious as they all are. Itching to take photographs, I have found in these parts it is not quite as easy. Photographing the children is deemed permissible, the men less so and the women is absolute taboo.

Not only content with the welcome they have given, they wanted to give me gifts! Only strenuous objections had me escaping with just one gift from one of the young boys. A scamp, he spends his holidays scavenging in odd places. I now have a microscopic nugget of a rough emerald as a memento of the unbelievable generosity and warmth of this community. I have been made to promise to visit them again, should I return. It is a promise I mean to keep.