The Kinabatangan river is supposedly one of the best places in Borneo to see wildlife, the cast ranging from orangutans, proboscis moneys, long-tailed macaques to birds like herons, kingfishers and various kinds of hornbills. The star though is the pygmy elephant, found only in Borneo and it was this, that had me eyeing Sukau. The nearby towns of Sandakan and Sepilok are chock-a-block with travel agencies, guesthouses and hotels, all apparently under a mandate to snare tourists. And snare they do, by the boatload. Since the idea of an organized tour tends to make me break out in hives, I set to work to find an alternative. Two days spent checking every agency and guesthouse and I had zip. Nobody was interested in a customized tour but as one older guide told me, I would better off trying getting to Sukau. 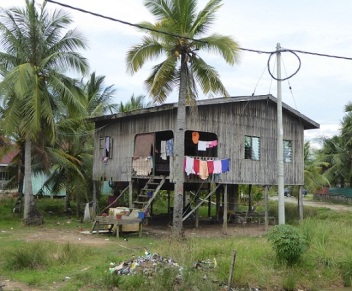 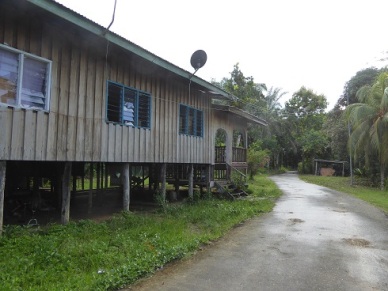 There used to be a ferry from Sandakan to Sukau but “Oh la, that stopped years ago” I was told, when the road was built. What about a bus? “No la, sorry la” I was told. No direct bus but, I could eventually get there through a series of transfers, waiting at road junctions. Needless to say, the times of the various transfers did not pan out but hitching – at fairly exorbitant rates – got me to Sukau none too worse for wear. The houses in the villages we passed were a mix of the traditional ones on stilts, made of wood and newer concrete blocks. The two-lane highway was lined by a monotonous stretch of palm plantations with nary a break, stretching as far as the eye can see. The much-touted wildlife is limited to a narrow strip of land along the banks of the Kinabatangan river and the strip seems to be narrowing more with each day. New roads being built, the thrum of machinery and workers, tugboats hauling massive platforms of supplies and huge oil-refining machinery are among the everyday traffic along this section of the river. And there is of course the plethora of motorboats loaded to the brim with tourists booked on tours. The lodges that line the one lane through Sukau village rattle them off like secret codes – 3D2N and 2D1N seem the most popular.

I found a local homestay and was diligently making the rounds, trying to chat up some denizens in hope of finding a boat and a boatman. Long-forgotten Bahasa Indonesia is coming back in fits and starts. It is similar enough to Malay that I can use it with small variations. One conversation began auspiciously enough with the usual greetings:

Greetings exchanged, I asked if they had a boat for hire.

“Yes, we have boats” came the reply. Followed by a flourish toward a board scrawled with the going rates. All rates specified a minimum of two people and therein lay the rub.

“Can you charge me more and take me?” I asked.

“What if I pay for two?” I asked, cringing a little at the cost.

“Minimum two person” was the reply, albeit offered with a regretful expression.

Other conversations followed more or less the same pattern. Two other locals who seemed more amenable, were going to charge rates that would easily cover an entire tour group and more besides. They were “specialists”, hence the elevated price, they explained graciously. Yet another boatman who had just brought a passenger and his motorbike simply declined. No reason was deemed necessary and none were offered. I threw in the towel and joined a river cruise from one of the many lodges that line the one lane road through the village. 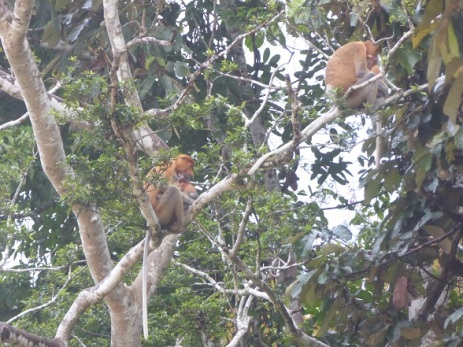 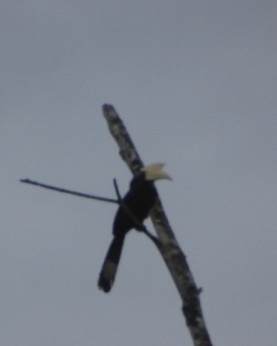 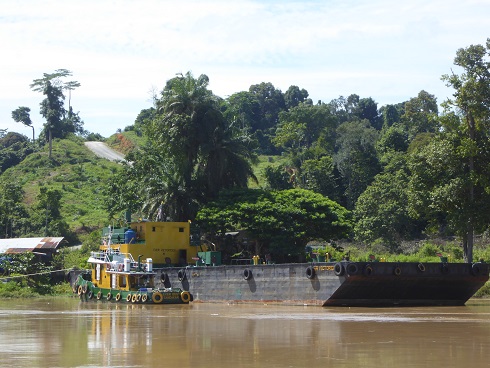 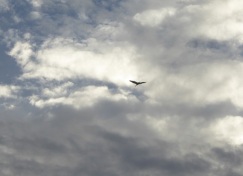 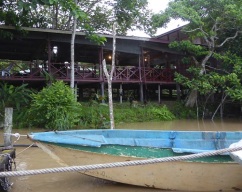 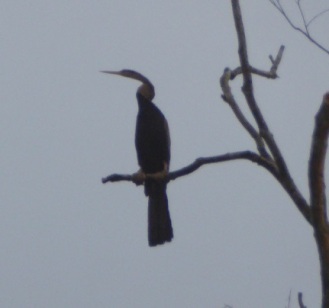 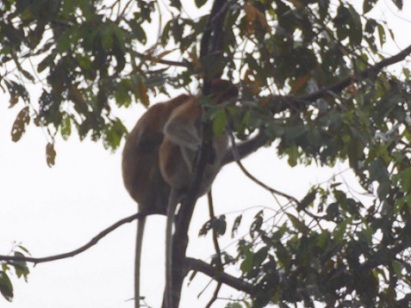 A motorboat loaded with ten passengers, and newly minted guide left the jetty, heading downriver. The rain that had poured down in sheets for an hour, had let up a little, but was still spitting under gray skies dark with clouds. Downriver we headed, along with a host of motorboats from other lodges, all going up and down the main river, not remotely interested in the smaller tributaries where the chances of animal encounter are higher. Some proboscis monkeys and some birds, all seen at distances requiring zooms of eighty to hundred times were on the menu. A part of the set menu, the intent was to fill in the requisite two hours and before we knew it, we were heading back upriver for the all-important dinner-time. I saw far more animals of the two-legged variety than I did any others. Whether they are wild or not was not determined. I remembered fondly, the various trips along the rivers of Kalimanatan, from a few years ago – living and sleeping aboard boats and wandering where one pleased. Methinks Malaysia does not quite do it for me. Who knows? Perhaps Sumatra will be more my speed. 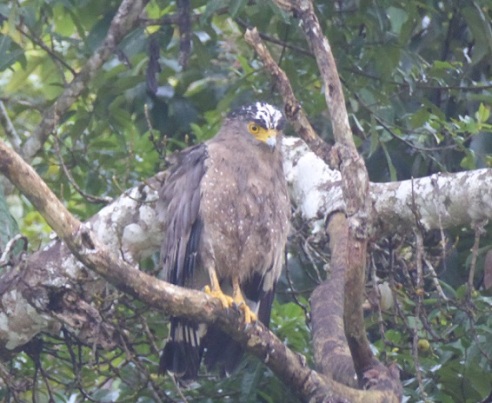 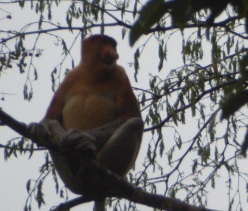 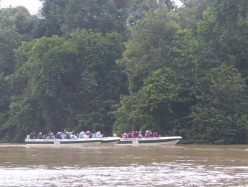 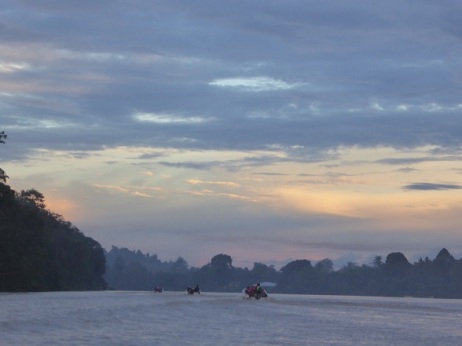 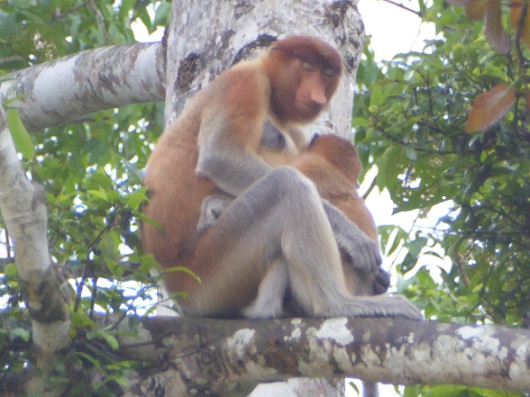 2 thoughts on “Floundering in Package-Central Kinabatangan”