The waning rays of the sun burnish the snow-capped tips of the Shkara massif, making them glow. An enormous sow grunts as it waddles up the dirt lane with several piglets in tow. A calf lows in the paddock next door and a horse whinnies somewhere nearby. A conversation between neighbors is carried out at top volume across a field, drowning out the chirping of a few birds. A pair of children race by on horseback squealing with delight; they need to stop mid-gallop to retrieve slippers that fell off. The honking of a car at one end of the road elicits shouted greetings, interrupted to shoo a stray dog that had slunk into the yard. 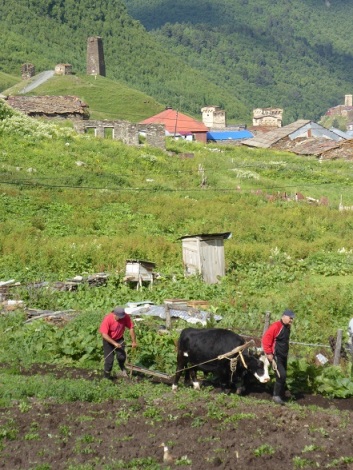 All houses have had electricity for a while and over the past five years, even wi-fi. But everyday life here has not changed in decades. Fields are tilled by oxen and hand-held plows and the swing of a scythe keeps the grass mown. Cattle are driven home every evening for milking that is done in the age-old fashion and cheese-making is an everyday chore. Although swathed in snow for six months of the year, now in July, the days are hot with brilliant sunshine. The tree-covered slopes of the distant mountains merge into expanses closely cropped by cattle and horses. There aren’t any sheep although a few goats make their appearance at odd corners. Rough wooden fences guard fields of potatoes, just about the only crop in these parts. 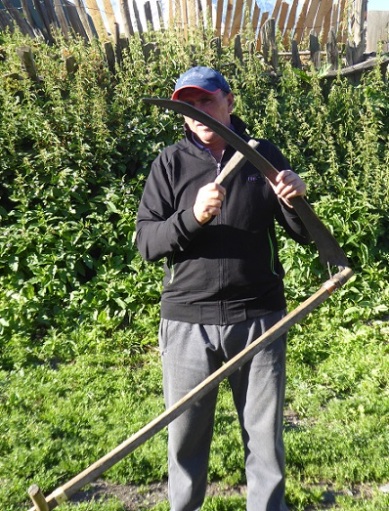 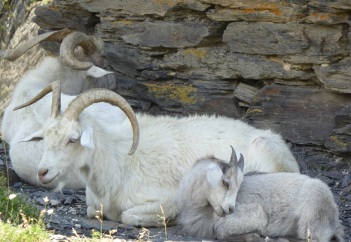 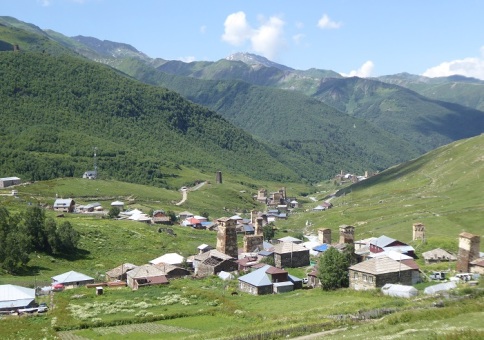 The four villages of Murkmeli, Chazhashi, Chvibiani and Zhibiani collectively called Ushguli, are within a kilometer or less from one another. All have at least one tiny church and some, more than one. As in other parts of Svaneti, each village has its share of the stone towers, some renovated, some leaning at precarious angles, forming a picturesque background. Until just a generation ago, all houses were made of stone with slate roofs. There are plenty of dilapidated stone houses still, some used to house cattle, others left to decay and yet others in the process of being renovated to house the burgeoning crowd of tourists.

Tourism has arrived in Ushguli with a vengeance. The summer months see a regular cavalcade of tourists descending on these villages. The vast majority prefer to come in the morning on the marshrutkas from Mestia and depart the same evening, spending a couple of hours at most. A small percent stays a day or two. An even smaller number trek four days from Mestia across the mountains. With the road being improved rapidly, Ushguli can be guaranteed hordes of tourists in the near future. Interactions with locals that may once have been triggered by genuine curiosity, is now sadly replaced by jaded commercialism. But perhaps one simply needs to spend more time here? 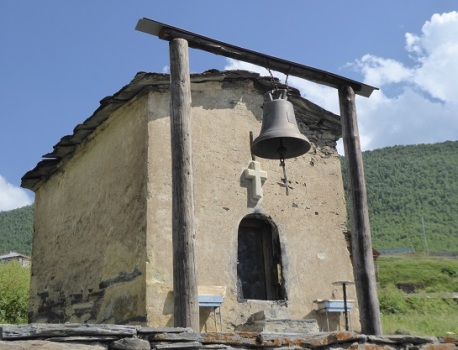 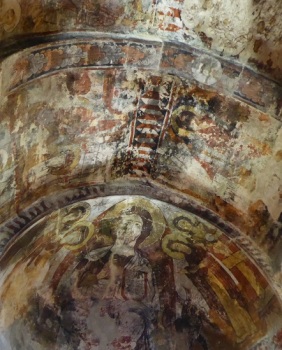 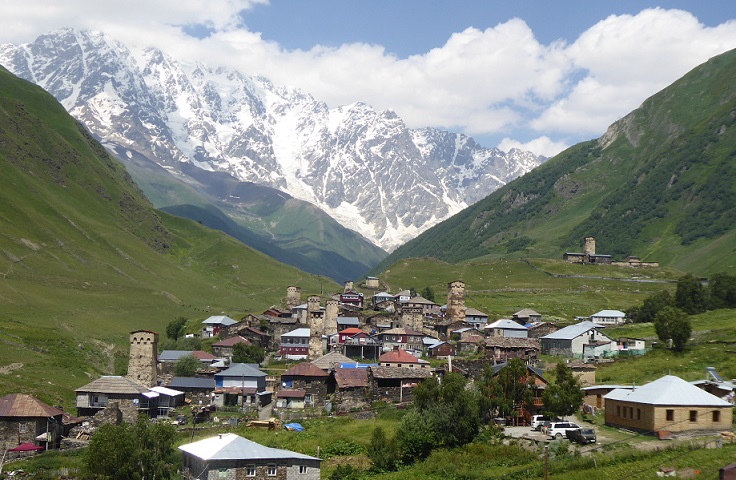 In the several days spent here, my Georgian has made tremendous leaps thanks to tutoring from some of the neighbors. Although, given the ensuing laughter, I have my doubts about some of the words taught me. Teasing banter seems the norm in the daily gatherings in one yard or another. Seeing the hash that Gogi was making this morning, I offered to paint a sign for the guesthouse. Before I knew it, there was a little cottage industry in the yard, as neighbors stopped by and decided they too needed signs. Fueled by a lot of laughter, one sign evolved into several – for horse and bicycle rentals, car hires and the like. Methinks I should leave tomorrow before this becomes a full-blown job.