Swat, Pakistan
June 14, 2019
At the crossroads between what is now Central Asia and India, Gandhara has been populated since 1500 BC. It has seen many an empire come and go, each leaving behind traces of themselves reflected in the art and writings, culture and languages, monuments and relics. For fans of ancient history, this is the holy grail and I am no exception. The very name evokes magic and wonder and I can hardly believe I am here for real. I wanted to visit for so very long!

Centered at the confluence of Kabul and Swat rivers, greater Gandhara stretched across the Indus to Taxila, north to the Karakorams and west to the Kabul and Bamiyan valleys.

Mentioned in the oldest Indian text Rig Veda, as well as the Zoroastrian Avesta, this region resonates in tales that pre-date written history. A queen in the epic Mahabharata was called Gandhari – where else could she be from, but Gandhara? So many of the rituals and customs described in these epics have so close a match with those of ancient Gandhara, that it cannot be a mere coincidence. 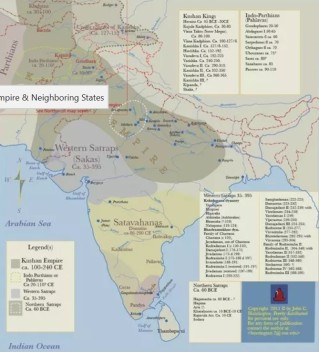 Buddhist texts such Anguttara Niyaka mention Gandhara as one of sixteen mahajanapadas, or settled areas of ancient India. And there is tangible evidence aplenty in the form of ruins of monasteries and stupas, archeological remains of towns and habitations that are scattered across this region. This is a veritable treasure trove! 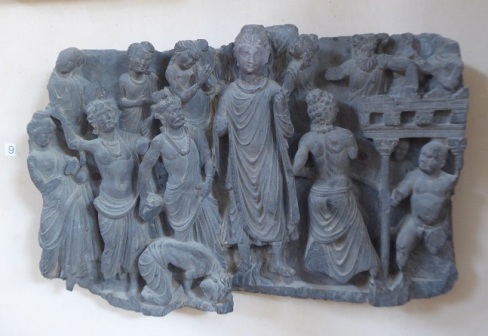 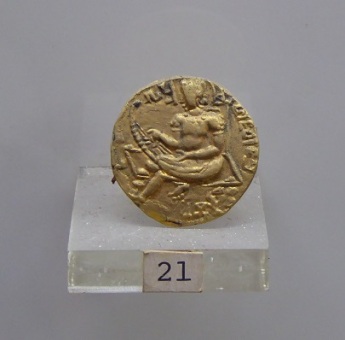 From the Achaemenids of 6th century BC to Alexander the Great’s conquest in 327 BC to the Mauryan and Indo-Greek empires that lasted until 190 BC, this was a center of power to be reckoned with. Nor was it to end there. Then came the Scythians and Parthians followed by the Kushan empire that held sway over a vast swathe of the subcontinent up to 4th century AD. I remember seeing ruins as far afield as the Pamirs in Tajikistan that date from the Kushan period. Thereafter came the Gupta empire holding sway until 5th century AD. And they all left their marks. The museums of Karachi and Lahore host a tantalizing collection of relics excavated from various sites that speak eloquently of the past. Not only do they portray Buddha and moments from his life, but offer glimpses of everyday life is it was then. The headdresses alone speak of the many different peoples that once comprised this empire. Pots and vessels, coins of various kingdoms, relic caskets and rock edicts with Kharosti scripts are a mere handful of these treasures. I have spent enough time in each of the museums for them to justifiably charge me rent. 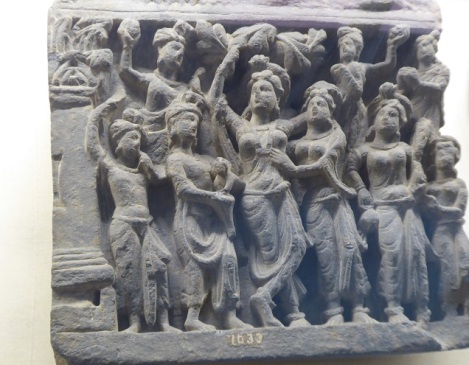 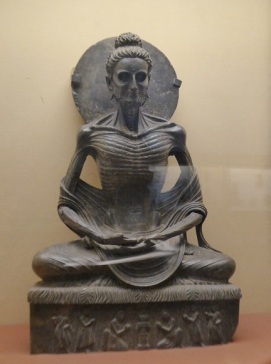 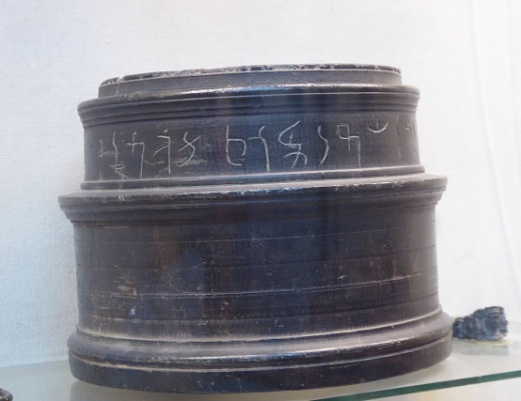 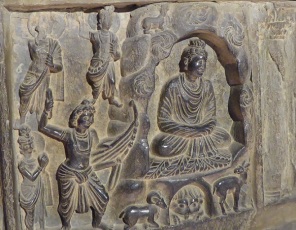 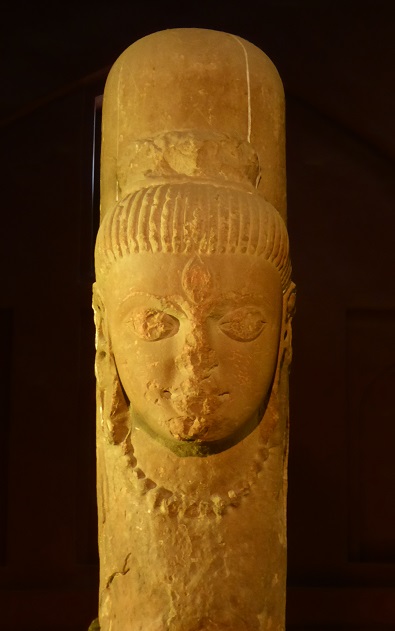 Ogling the statues and carvings, images and artifacts, I have been inching my way up north to the area itself impatiently waiting to see the ruins themselves. The towns may bear modern names but have been home to many in eons past. Takht-i-Bahi, a Buddhist monastery begun in 1st century AD, was added onto in several phases. It remained a renowned university until the 7th century AD. Spread across a hilltop, it escaped the destructive hordes and to this day remains an imposing sight. Clambering up to the top I see the stone buildings spread across several ridges, linked by pathways. I lack the words to express my awe and my photos do not come close to doing it justice. 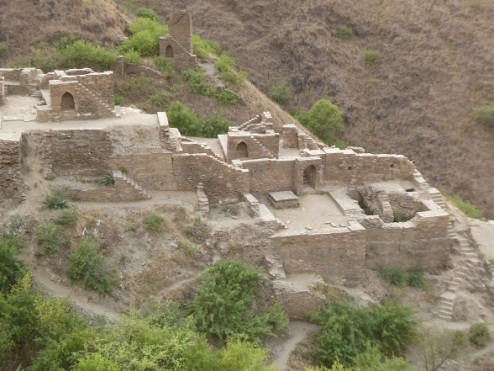 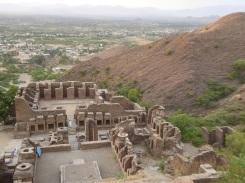 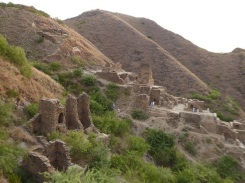 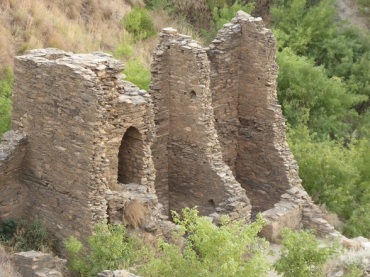 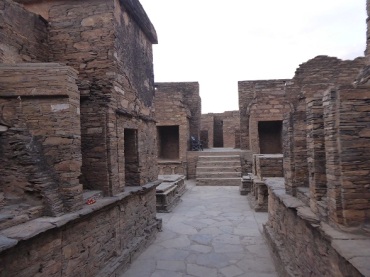 But it is far from the only one; Swat valley is riddled with archeological ruins that bear mute testimony to Gandhara’s glorious past. Short of time, I have barely a glimpse of some. Near the town of Mingora are a few of the better-known and preserved places. Among them, But-kara and Shingerdar stupas built during 2nd century to 5th century BC. There are so very many others up and down this valley! I promise myself that I will come back here again if the powers-that-be allow. 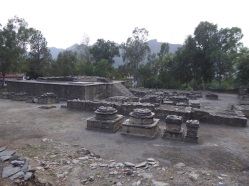 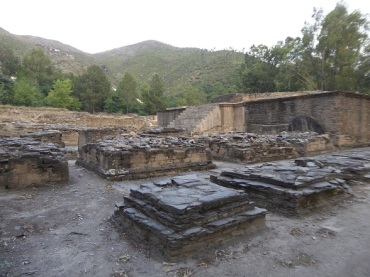 And then there is Taxila but that deserves a post all its own.