Kabul, Afghanistan
June 27, 2019
The snow-capped peaks of the Hindu Kush lay below as the plane flew in from Islamabad. I was glued to the window as we crossed into Afghanistan. This is a mountainous country, with soaring peaks. It is a harsh land and arid except for the patches of green that follow the course of rivers. 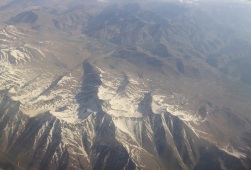 Heading out of the airport, I stared at the streets, the snarled traffic, the shops, eateries and people striding along, going about their business. What I had imagined, gleaned from photographs and articles is most definitely not this! I am in a state of shock. I cannot quite believe what I see and I cannot shut my gaping mouth. Zia looks at me and smirks. All visitors have the same look he tells me. There has been a lot of development in the cities in the past five years he tells me, and he is optimistic it will continue. 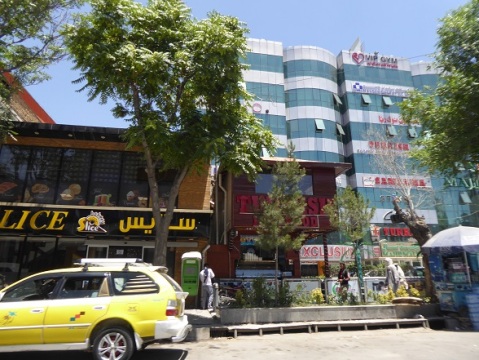 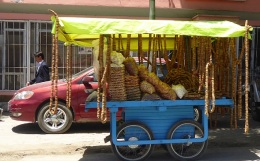 Spreading across a valley ringed by mountains, Kabul is vast. In an amazing 275 square kilometers, there are no doubt neighbourhoods which are conservative but Shahr-e-Naow and Pol-e-Sar are far from it. Streets are lined with shops and glitzy eateries, vendors and car parks. Minivans, buses, cars and taxis, men on bicycles and pedestrians all contribute to the to traffic. Too much traffic in fact, as the layer of smog that lies over the city testifies.

I had been a tad nervous about my clothes. Dressed in clothes a few sizes too big, with the requisite scarf wrapped around my head, I stared at the women on the streets. I need not have worried. Their dress is more like that in Iran. In skinny jeans with a loose manteaux and a scarf loosely draped over their heads, many of them cut a stylish figure. Nor are their tops down to their knees as mine is! There are plenty of women driving in this mad snarl of traffic. The men are mostly in trousers or jeans; there are far fewer men in traditional shalwar kameez than I saw in Islamabad. 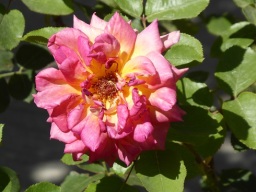 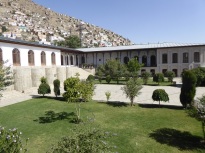 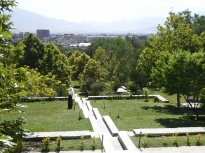 I visited the re-built gardens of Bagh-e-Babur. The terraced gardens are a riot of color with roses, leafy trees and large latches of grass. It is clearly popular with families, young men and women and children. Babur’s tomb lies here, the security guard tells me. But what about the tomb I saw in Andijon, Uzbekistan, I ask. He tells me that that was built later with some of the soil taken from here. Who knows what the real truth is? There is a royal palace now posing as a fancy restaurant with a lovely view from its terrace. I meet a large family who have gathered here to picnic. They are celebrating a birthday. I am promptly invited to join them. We sing happy birthday and I am fed cake.

Requests for photographs are granted with smiles and I hear “welcome to Afghanistan” with every greeting. We eat in a hip local café, and I meet some of Zia’s friends. In a rare departure from the usual, the young people I meet do not wish to immigrate. Instead, they all seem to be involved in various types of community services; they are enthusiastic about a better future. I have met only very few though, and this is small number statistics which is notoriously unreliable. Maybe I will have a better sense by the end of my visit.