Herat, Afghanistan
June 28, 2019
Persepolis in Shiraz has detailed carved reliefs of the peoples of Herat in stylized Scythian dress. I remember them well. They are also found carved on the tombs of Naqsh-e-Rustam and in the inscription of Darius. Herat may well have a history that goes back further but by the time of the Achaemenids in 550 BC, it was certainly well known. Known as a seat of learning, many are the ancient scholars who came here to study. Not much remains of those times although the Citadel, allegedly a fortress of Alexander the Great still stands. Over the years this has been a bastion for many an empire, each adding to it. Today it spreads over a large area. The renovation to my mind is overdone, losing a great deal of its mystique. 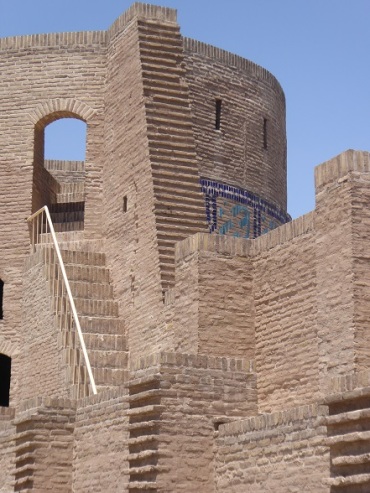 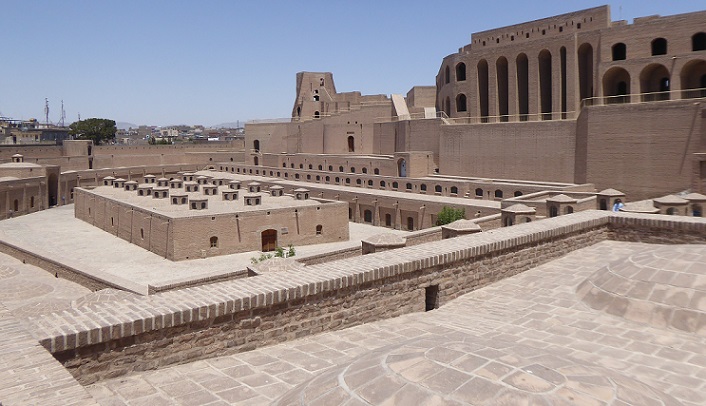 The famous Masjid Jami, or Friday Mosque on the other hand is resplendent. Started in 1200 AD and added onto over times, this is vast, with a capacity of holding several thousand devotees. Today, preparations are underway for the Friday prayers as I wander around the huge enclosure. The tilework, façade and architecture hark back to the monuments and mosques of Uzbekistan and Iran; hardly a surprise since they were built around the same times, by the same empires. 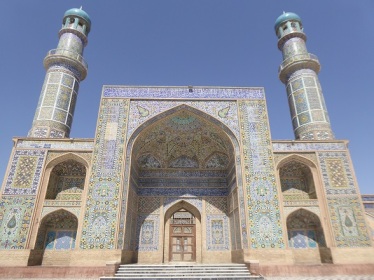 Spearing the sky, leaning crookedly are the five minarets of Herat. Built in the 15th century by Queen Gowhar Shad, the Musalla Minarets were once twenty in number. Dynamited by the British in their conflict with Russians in 1885, only five remained along with the tomb of Gowhar Shad. The bits of tiles that remain are intricate, beautiful and lavish. I can just imagine what they must have once been like. Among the weed-filled garden though are some beautiful rose bushes, heavy with blooms. 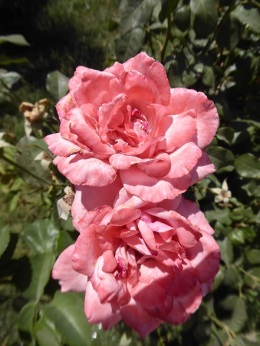 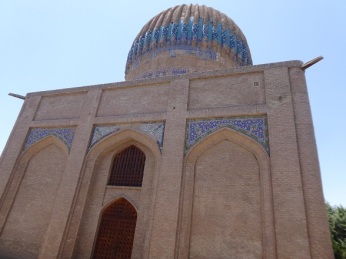 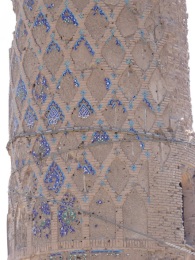 Tucked into a corner of the Chahar Suq is a bath from bygone days as well. Today it serves as a community hall, doubling as a theater. The streets of this older part of town does not seem to have changed much. The women’s bazar is lively with burqa-clad women crowding jewelry shops. Over-the-top gold jewelry flashes through the display cases. Along one street are the metalsmiths. The sound of hammering resonates in the buckets and pots, sieves and ladles, some of them outlandish in size. Next door is the bakery. Working like a well-oiled machine, the team kneads dough, rolls it out, spread it on the pad and uses the tandoor oven to churn out fresh-baked Afghani bread. One alley is famous for kites. Every shop here sells kites and spools and all the paraphernalia. Unbidden, snippets of Khaled Hosseini’s Kite Runner run through my head. 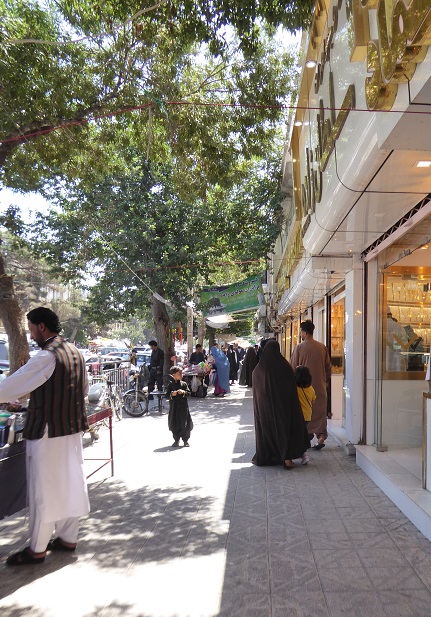 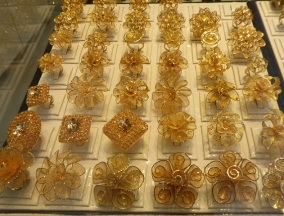 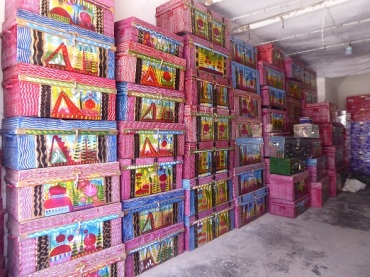 There are plenty of streets that still have the mud-brick houses, most of them dilapidated in the older section of town. They merge with the wide main streets of the new town forming a tapestry that fades into the haze-hidden mountains in the distance.

4 thoughts on “A Glimpse of Herat”