Probably settled during Stone age, Goris first surfaces in 8th century BC as a region conquered by Rusa I of the Urartu kingdom. Through the march of history it is has had many names under many rulers – Goristsa changed to Kores which morphed to Goris. Present-day Goris though is much larger than the original; as of 2016, it incorporated nine villages and is spread along the valley floor. 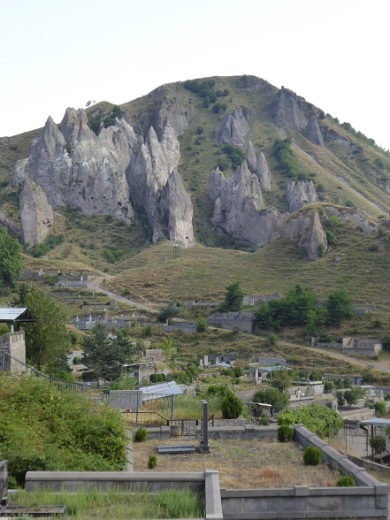 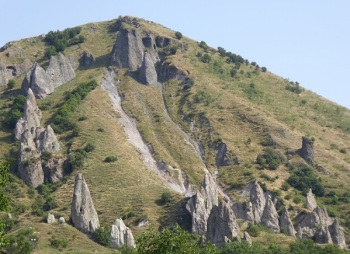 To the east of the town, above the cemetery are some conical pillars. Reminiscent of Cappadocia in Turkey, it is no surprise to learn that these were the cave dwellings of old Goris. As late as early 19th century, there were still families who lived in these houses. Some of the houses still remain in use, although more as stables or storage than for everyday living. 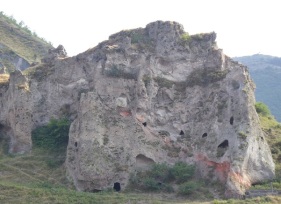 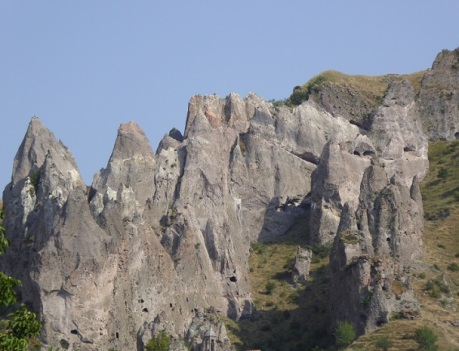 The so-called Swinging Bridge, much touted in tourist brochures is an ordinary pedestrian suspension bridge, the sort that is routine in many mountainous parts of the world like Nepal, India and Tibet. This one though is made of metal and not the creaking wood and rope structures that one usually sees. It crosses the gorge to a ridge that is riddled with cave dwellings. This is the old town of Khndoresk, abandoned now, for the new village that lies just over the ridgeline. 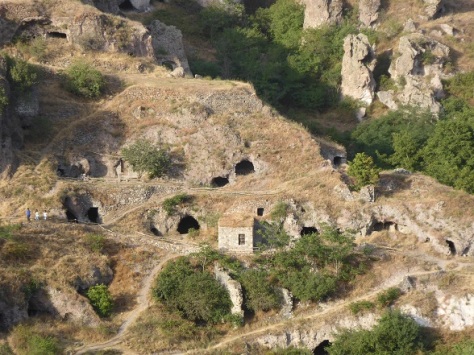 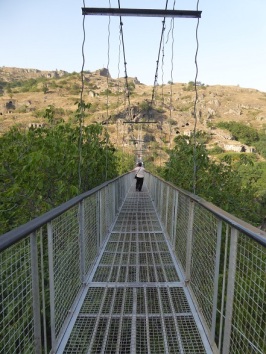 Like Goris and other areas in this part of the world including Turkey and Georgia, this area has been peopled for a more than a few millennia. Caves dug out of the cliffs and ridges were the norm and many are the places that are still in use. This village had inhabitants as late as the 1950s. Today it sees regular troops of tourists, both domestic and foreign. 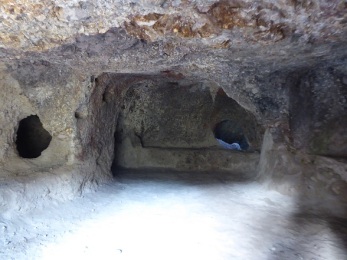 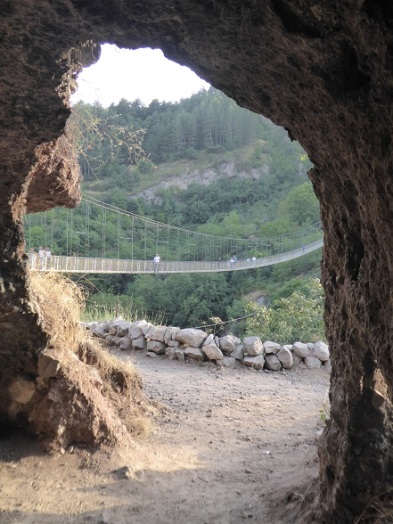 The houses were built at many levels, at random with narrow paths trailing between them. Some are basic, some more elaborate with multiple levels. Chimneys and hearths are carved out of the rock as are shelves and benches inside. Passages lead from one house to another, with yet more passages leading to other rooms, making it fun to explore. The more elaborate houses have arched entryways of stone and there is even a stone church below the main level. 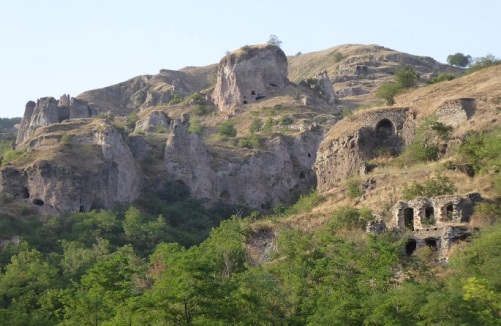