Bamiyan, Afghanistan
July 2, 2019
The long ridge is visible just about from almost everywhere in town. Pockmarked with caves, it is famous for once having housed the largest standing Buddha statues in the world. But they are no more. In 2001 when the Taliban occupied this district, they tried using rifles and artillery shells to destroy the statues. When that proved inadequate, they used dynamite.

Built largely between the 3rd and 6th centuries, the standing Buddha statues were monumental at 55 m and 38 m. But it was not simply the size; it was the richness and detail. In 630 AD, Huan Tsang, the Chinese pilgrim wrote in his journal of the gold and jewels that decorated the statues. The empty niches stand today like gaping holes in the mountain. Having stood for 1500 years, the largest remains of the statues now lie in sheds in the hopes that one day they may be reconstructed. 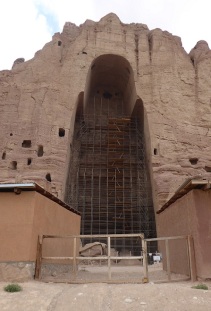 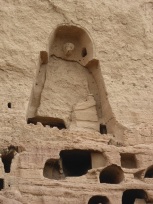 The painstaking detail was not limited to the statues themselves; the interior of every cave was once covered with frescoes. Today they are pitted with bullet holes, the paintings gouged out of the rock and smashed. It took them months to destroy every vestige from every surface. I wandered around the caves, looking at willful destruction, trying to grapple with the idea of such misguided zeal. 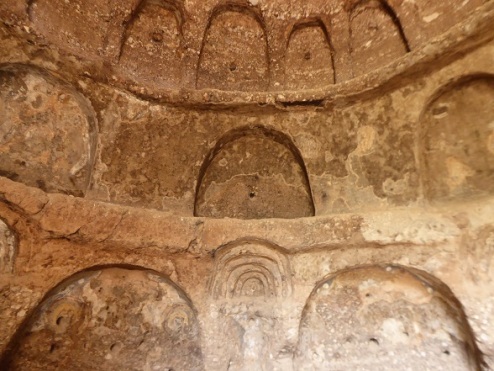 A set of stairs carved from the rock spiral up the ridge on either side of the smaller statue. There are platforms are different levels, the highest being level with the head. The view of the valley is spectacular but fails to comfort. 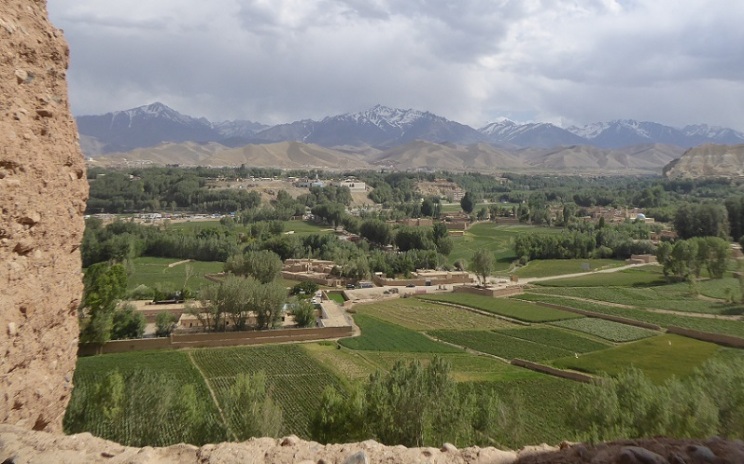